The Uncomfortable Truth About Solitary Confinement 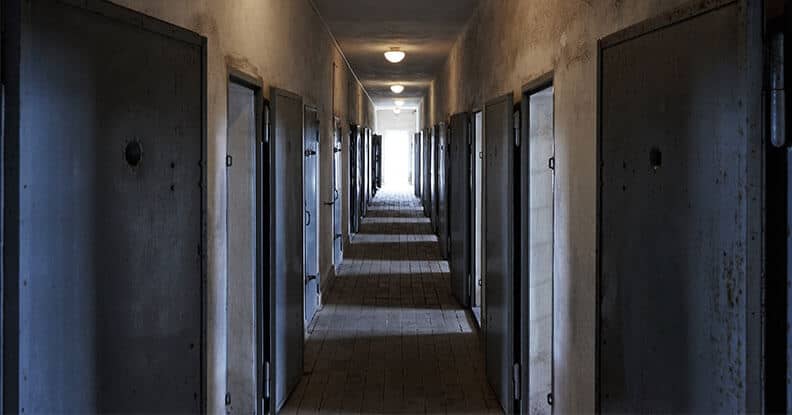 A large part of the appeal in our work as litigators for plaintiffs lies in the fact that we get to serve as advocates for the weak and the underserved. Perhaps a population that is silenced the most and does not receive much sympathy is prisoners. Even in New York State, often considered to be on the liberal end of the political spectrum, lawmakers who advocate for more humane treatment of prisoners face an uphill battle.

These administrativechanges can be considered a positive step, or a good ‘compromise’ as somelegislators have described. Another way of looking at it is with shock anddismay – that previously, minors, pregnant women, and disabled inmates could beput in isolation for any period of time, or that prison officials did not haveto ‘ensure’ that only ‘serious misconduct’ would result in solitaryconfinement, in the first place.

Across the country, more and more states are legislating to significantly limit or prohibit solitary confinement. For example, in November 2019, Pennsylvania prisoners on death row reached a settlement with the State Department of Corrections, ending solitary confinement for inmates sentenced to death. Inmates sentenced to death will now have rights and privileges afforded to the general population, including a minimum of 42.5 hours of out-of-cell activity every week; daily phone usage for at least 15 minutes; protection from strip-searches, shackling and other restraints (with an exception for temporary, emergent situations); contact visits with family, lawyers and religious advisors; and resocialization assistance for those psychologically harmed by solitary confinement. [2] In April 2019, New Mexico also passed a law restricting the use of solitary confinement and mandating regular reporting of its use as well as disclosure of settlements of lawsuits filed by prisoners. The impetus for this new law came from suicides of two prisoners who had died in isolation. [3]

It often takes dramatic anecdotal examples such as these to trigger initiatives for the humane treatment of prisoners. My experience speaking with prisoners with potential civil rights claims has taught me, in visceral terms, what being in isolation in prison is like. They describe how solitary confinement takes away the last shred of freedom and joy in life that they had. One inmate described how cooking food used to be his way of relieving stress and connecting with other inmates. After he was thrown into solitary confinement, or “SHU” as prisoners say, he could only get one hour per day outside of his isolated cell, which consisted of walking around the yard in circles by himself. He laughed at the idea that long-term isolation is meant to rehabilitate prisoners; he asked me “how does that make sense when I go into solitary completely healthy and come out crazy?” He vividly described how he felt so lonely that he started to imagine voices, and then to hear voices, about 10 days into isolation.

Another inmate described how guards rely on solitary confinement as a way of punishment and retaliation. “Everyone knows that solitary confinement isn’t meant to help anyone, it’s power-play between guards and inmates,” he says. This particular prisoner has filed pro se lawsuits trying to prove that the disciplinary ‘tickets’ that the guards have written up were completely baseless. He’s had mixed results in different cases, but one thing has been clear to him – that the correctional officers can find “a million reasons to put me in the SHU; and if they can’t find it, they can make one.” Professor David M. Shapiro’s recent article “Solitary Confinement in the Young Republic” in Harvard Law Review raised a related point, that “the unchecked use of solitary confinement in today’s correctional facilities” does not have to be the norm. Arguments regarding constitutional interpretation aside, Professor Shapiro asked a valid question as to why prison officials should have essentially unlimited power to order long periods of seclusion with little judicial oversight. Shouldn’t it be the judiciary’s role to make sure that the punishment being doled out does not contravene the constitutional protection of a due process, liberty, and freedom from cruel and unusual punishment?

And then there is the ultimate voiceless, the dead. We are investigating a case where an inmate was put in solitary confinement, instead of being treated for his depression and suicidal ideation. He was kept without proper food, water, or clothing for several weeks, while repeatedly seeking psychiatric help, voicing suicidal ideation, and hurting himself, until finally, he did take his own life. The family had gone to his prison cell afterward to pick up the body and saw a pile of letters addressed to the family. He was not allowed to buy the stamps, which he would have been allowed to do in the general population. The letters document the despair that this man in his early 30’s had felt for being cut off from the rest of humanity. He wrote, “the little freedoms I did have were taken from me. … I haven’t seen myself, there are no mirrors in my cell. I haven’t shaved, no deodorant, no pillow.”

The two main points of resistance against the HALT bill in New York were the costs of implementing an alternative disciplinary system, and the concern for correctional officers’ safety if solitary confinement were to be limited or prohibited. These would be valid arguments to weigh in the cost-benefit calculus if it were true that solitary confinement is economical and safe. The truth is that long-term isolation has been empirically proven to be expensive, unsafe, and inhumane. [4] Moreover, as my anecdotes above indicate, solitary confinement can exacerbate mental illness, and in that sense, it calls for more violence, not less. We, as a society, need to evaluate humane and effective methods of punishing prisoners, because putting a problem away in a box to sit and rot does not solve the problem.

[4] See “The Dangerous Overuse of Solitary Confinement in the United States” by ACLU, accessible at https://www.aclu.org/report/dangerous-overuse-solitary-confinement-united-states.