The Steven Barrier Case: Police Brutality and the Need for Mental Health Reforms 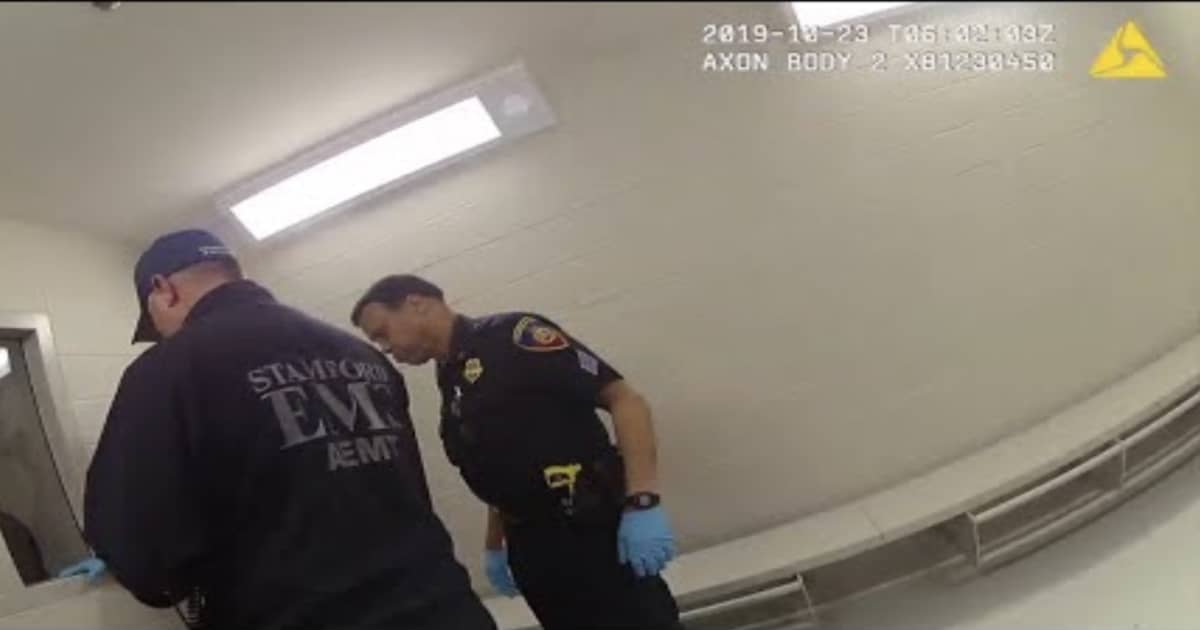 The Jacob Fuchsberg Law Firm is honored to represent the family of Steven Barrier and the Connecticut Legal Rights Project (“CLRP”) in their case against the City of Stamford, Connecticut, the Stamford Police Department, Sergeant Michael Connelly, Officer Rhett Connelly, Officer Troy C. Judge, and Lieutenant Douglas R. Dieso for the wrongful death of Steven Barrier. The Barrier family seeks justice for Steven Barrier, a young Black man who died in police custody on his 23rd birthday because the police refused to offer him urgent psychiatric and medical care. As co-plaintiff, CLRP is seeking Injunctive Relief to force the police to stop brutalizing and unlawfully arresting individuals experiencing a mental health crisis and instead respond with a community-led crisis intervention team.

The lawsuit alleges that on the night of October 22, 2019, the Stamford Police Department arrested Steven Barrier despite his mother’s request that he receive urgent psychiatric care because he was having a schizophrenic episode. The police did not call EMS nor take Steven Barrier to the hospital. Instead, they aggravated his mental and physical health condition by chasing Steven Barrier away from his home to the top of a nearby hill.

The police video footage shows the police arresting Steven Barrier on top of the hill by placing him in the prone position while he was having difficulty breathing. At the time, Steven Barrier was not resisting arrest, and he told the officers that he could not walk because he was too tired. As Steven Barrier’s physical condition worsened and he started to lose consciousness, the police stated that they were going to “drag his ass down the hill.” After dragging Steven Barrier down a steep hill in the rain, he asked the officers for help, but they ignored him. During this time, some of the officers asked whether they should take him to the hospital, but other officers instructed them to take him to the Stamford jail.

While transporting Steven Barrier to the jail, it was obvious that he was in critical condition, as he went in and in and out of consciousness, had trouble breathing, and started having seizure-like activity. At the police station, the police carried Steven Barrier’s unconscious body out of the patrol car and put him handcuffed on the floor. The police never made any attempt to save his life, the police did not utilize their CPR training or a defibrillator. Instead, the police mocked and laughed at his critical condition.

When the police finally called for EMS, it was too late. By the time EMS arrived, Steven Barrier had stopped breathing, and his heart was no longer beating. Their delay resulted in his untimely death on his 23rd birthday.

The complaint highlights the fact that the Stamford Police Department failed in many ways, which it admitted in its Executive Summary of the incident: (1) All Officers were not certified in crisis intervention training (“CIT”); (2) All Officers were not certified in CPR or Emergency Medical Response (“EMR”); (3) A Defibrillator needed to be placed near the Jail area; and (4) “Not all Police Officers had their body cameras activated when they should have.”

The complaint alleges that Steven Barrier died because he was treated in a discriminatory manner because of his race and mental health disability under the US Constitution 42 U.S.C. § 1983. The complaint also alleges that the police violated Steven Barrier’s civil rights under the Americans with Disabilities Act because they failed to accommodate his mental disability, refused to follow CIT training, escalated the situation, and wrongfully arrested him for displaying symptoms of schizophrenia. Moreover, the complaint alleges that the police violated Steven Barrier’s rights under the Fourth and Fourteenth Amendments of the US Constitution because they used excessive force and were wantonly, recklessly, and deliberately indifferent to Steven Barrier’s need for emergency medical and psychiatric care during the critical moments in which they could have saved his life.

The family’s attorney, Alan Fuchsberg of the Jacob Fuchsberg Law Firm, stated that “Steven Barrier’s mother told the Stamford Police Department that he was having a schizophrenic episode and needed urgent psychiatric help an hour before they chased him. A non-police mental health community response team should have been called as there was plenty of time. The Stamford Police Department wholly disregarded Steven Barrier’s need for emergency medical care during a critical period which could have saved his life. Instead, the police department response caused Steven Barrier’s death by failing to call mental health clinician services at the outset and by delaying to call emergency medical services later. They caused his death by aggravating his condition with unnecessary brutality by dragging him down a hill with his hands cuffed behind his back when they knew better.”

Thus, we must ask ourselves: would Steven Barrier still be alive if he had been white or did not have a psychiatric disability? The statistics say otherwise, as black individuals are at least three times more likely to be killed by the police, and individuals with mental health disorders are sixteen times more likely to be killed by police. That is why we are seeking justice and filing for Injunctive Relief.

This lawsuit is unprecedented in that Steven Barrier’s family urges that Injunctive Relief is required, particularly Steven Barrier’s mother, Valerie Jaddo, who has dedicated her life to seeking justice for those living with psychiatric disabilities. She explains: “In the past year in Connecticut, the police have killed another black man with schizophrenia, Mubarak Soulemane, and another young man of color suffering from a mental health crisis, Jose Soto. In these situations, the families told the police that their sons needed psychiatric help, just like I did. But now, all of our sons are dead, and they are never coming back home. That is why we are filing for Injunctive Relief because this has to stop in honor of my son Steven Barrier and everyone who the police have harmed in this inhumane way. I want this law to be named after my son Steven, for the pain he suffered in the last moments of his life due to the Stamford Police Department actions.”

The Connecticut Legal Rights Project (“CLRP”) has joined the case as a co-plaintiff, and Jacob Fuchsberg Law Firm LLP is representing the organization by filing for Injunctive Relief to require the police department to send a community-led mental health response team when a person needs urgent psychiatric care instead of the police.

CLRP is a statewide nonprofit organization that provides legal services to low-income individuals with mental health conditions who reside in hospitals or the community on matters related to their treatment, recovery, and civil rights. CLRP has joined this case as co-plaintiff to bring standing to ensure that what happened to Steven Barrier does not happen in the future.

CLRP Executive Director Kathy Flaherty, Esq. stated, “There needs to be a change in how the Stamford Police, as well as the Town and City, respond to incidents involving psychiatric emergencies by sending a community-led, non-police, mental health Community Team as primary responders. This community-based response team will approach people in mental health crises with care and connection, not coercion and control.”

Alan Fuchsberg, Esq. stated, “We cannot bring Steven back, but we hope the Injunctive Relief we are calling for will ensure that no one else suffers this kind of mistreatment at the hands of the Stamford Police Department and hopefully will set an example for other towns and police departments. We are seeking Declaratory Relief in all instances where there are psychiatric emergencies in the city of Stamford, for the Town and police to respond in the first instance with a community-led crisis intervention team.”

If you or a family member have experienced police brutality that resulted in wrongful death or injuries, it may be possible to bring a claim against the police department. It is imperative that you contact an attorney as soon as possible, as many jurisdictions require claimants to file a Notice of Claim against a city or state-owned entities within 90 days of the injury. If 90 days have already passed since you were injured, you may still be able to bring the claim, but it is possible that your claim may be barred.

Our attorneys at the Jacob D. Fuchsberg Law Firm have a breadth of experience in claims involving civil rights violations, prisoners’ rights, and police brutality. If you or a loved one have experienced police brutality that resulted in wrongful death or significant injuries, call us today at 212-869-3500 to discuss your legal options. Let our family help yours.