Black American Mothers-To-Be: A Healthcare Crisis Seen From The Frontlines 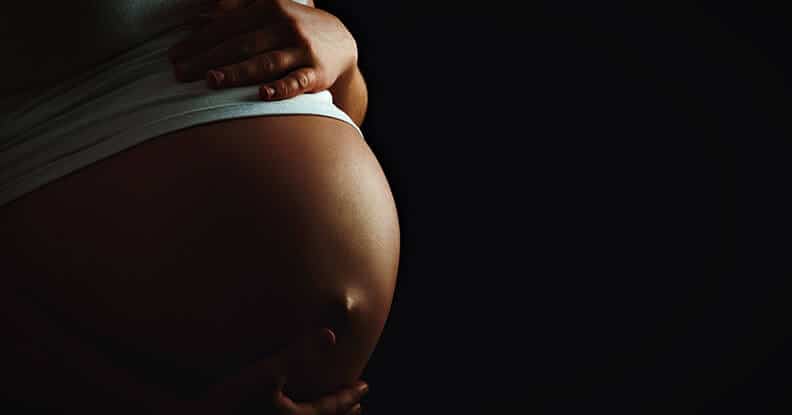 Being a black American mother-to-be or newborn in America can have dire consequences. As discussed in the recent New York Times Sunday Magazine article, Why America’s Black Mothers and Babies Are in a Life-or-Death Crisis, Linda Villarosa, April 11, 2018, there is a growing crisis in maternal and child health including babies born at low birth weights, and high percentages of maternal deaths and infant mortality. The statistics are astounding – 11.3% of 1,000 black babies die each year, as opposed to 4.9% of white babies. (Center for Disease Control, Infant Mortality Rates by Race and Ethnicity, 2015.)The gap between the races “is actually wider than in 1850, 15 years before the end of slavery when most black women were considered chattel.” NYT, Villarosa. According to the World Health Organization, approximately 830 women die from preventable causes related to pregnancy and childbirth every day. Maternal deaths in the US, unlike most other countries in the world, are on the rise – “currently between 17 and 28 per 100,000 live births -- more than double the rate 30 years ago.” Why Is Maternal Mortality So High in the US? Janine Barone, berkeleywellness.com. And out of that number, black women are three and a half times more likely to die than white women.There are differing views as to the source of the epidemic. Villarosa blames “societal and systemic racism,” which in her view: It can create a kind of toxic physiological stress, resulting in conditions including hypertension and pre-eclampsia — that leads directly to higher rates of infant and maternal death. And that societal racism is further expressed in a pervasive, longstanding racial bias in health care — including the dismissal of legitimate concerns and symptoms — that can help explain poor birth outcomes even in the case of black women with the most advantages.NYT, Villarosa. It is clear from the statistics that socioeconomic levels have little to do with maternal and infant health – it is strictly a racial divide on healthcare.

The Crisis As Seen From the Front Lines

At the Jacob Fuchsberg Law Firm, we have had a bird’s-eye view of this epidemic. Many of our clients are families who have come to us with heartbreaking cases where babies have been injured or have died as a result of negligence or malpractice. We have also handled many cases where mothers, who are otherwise healthy, have suffered injuries or died in childbirth. Since this topic is very much in the news, we decided to report on some of our experiences with these issues and to add our voices to the chorus asking for reform and better aid to mothers throughout their pregnancies.

In one of our cases, a black American baby was catastrophically injured at birth as a result of the obstetrician’s failure to respond to a fetal heart monitor demonstrating fetal distress. Significantly, the labor nurse directly communicated her concerns to the obstetrician about the condition of the baby and took the highly unusual measure of calling down to the operating room to set up and assemble the "team" for a C-section. Sadly, the obstetrician refused to go forward with the C-section. As a direct result of the doctor’s neglect, the child's IQ is in the first percentile and his motor skills are significantly compromised.

Young Mother Died as a Result of Improperly Treated Pre-eclampsia

In another case, we represented the family of a 25-year-old mother who died due to a failure of her obstetrician to timely recognize and properly treat a condition known as preeclampsia. Pre-eclampsia is a disorder of pregnancy characterized by the onset of high blood pressure and often the presence of protein in the patient's urine.In this case, the obstetrician failed to refer the patient to a sub-specialist, a maternal-fetal medicine physician, to manage her pre-eclampsia, failed to obtain the medical records from the patient's two prior pregnancies when she was pre-eclampsia and be guided by those records; failed to admit her to a hospital for monitoring, evaluation, and potential long-term hospitalization in mid-pregnancy when her blood pressure became significantly elevated; failed to recommend bed rest in mid-pregnancy when she became pre-eclamptic; failed to admit her to the hospital for monitoring and treatment at her 36th week of pregnancy when her blood pressure rose even more significantly; and failed to have the patient taken to the hospital by ambulance from the obstetrician's office despite extremely high blood pressures of 158/100 and 170/110. All of these departures from good and accepted obstetrical care caused the pre-eclampsia to progress and worsen. When this young woman arrived at the hospital, there were additional failures to properly treat her condition. In the end, the baby thankfully survived, but the mother went into seizures due to eclampsia and hypertension, suffered cardiac arrest, and died. A heartbreaking result that could have been avoided by proper medical attention.

Death of Mother due to Improper Monitoring During Delivery

We also worked on a case where a 36-year-old woman who was pregnant with her second child was going in for a planned vaginal birth after C-section (VBAC delivery). During labor and delivery, the mother was found to have a suspected uterine rupture and corresponding fetal distress requiring an emergency C-section. During the C-section, it was discovered that she had experienced a uterine rupture with other complications, and she was bleeding quite heavily. The doctors made an attempt to stop her bleeding. But the doctors did not timely and properly intubate her, failed to timely resuscitate her and to give her blood transfusions, which resulted in her having a cardiac arrest and suffering brain damage that eventually led to her death 2 months later. She left behind two children (including the one delivered that day) and her husband.

We worked with the family of a 23-year-old woman who was pregnant with her first child. Her child was diagnosed prenatally with gastroschisis (a condition where the baby's gastrointestinal tract is outside of the baby's body). It was determined that it would be safe to do a vaginal delivery and then the doctors would then perform neonatal surgery when the baby was born. However, after initially appearing healthy, the infant started to deteriorate during the course of the labor, and despite delivery being indicated by 10:24 p.m., the baby was not delivered until 3:02 a.m., resulting in the baby being born with extensive brain damage, developmental delays, the complete inability to walk, talk, or crawl, severely diminished vision and a severely diminished IQ.

One of our saddest cases involved a mother who was told that she would need a C-section once she started having contractions. At the hospital, she was seen by a resident rather than an experienced physician. Instead of sending her to surgery for a C-section, to deliver her baby who was now full term, she was given medication to stop her contractions. Rather than keeping her in the hospital for monitoring, they sent her home with instructions to return if she had a problem again. Even though she said that she was not feeling well, the hospital sent her home. Once at home, she took a nap. She said, then "I woke up with no baby."She went to the hospital, and the baby, who was perfect a day earlier, was no longer alive. Our client left the hospital with no baby, and instead now only has a picture of her son "naked on a blue tissue" and another photo of her holding him wrapped up in a blanket.Our client experienced life-altering depression, and her husband was devastated. She did not want to be around people. She could not sleep well. She would have dreams about changing a baby's diaper or giving a baby a bottle. She could no longer function or conduct her usual activities. All of this was caused by improper care and treatment. These are just a few examples of the many cases that we have seen in recent months where African American mothers and babies were not treated in a manner commensurate with their symptoms.

What can be done to protect African American mothers and babies?

There should be a wider acknowledgment within the medical community of the pervasive issues affecting black mothers and babies, and better and more careful monitoring and screening. Education is key. Mothers need to learn more about symptoms to watch out for, and doctors need to make sure that they are providing their patients with greater information. Without question, the use of midwives and doulas to help mothers before and after delivery can make a difference. With a skilled assistant by the side of mothers-to-be, we anticipate that more issues will be spotted earlier on and can be dealt with more effectively. Also, doulas and midwives may provide greater advocacy for the mothers, who in turn will command greater attention from medical professionals. In fact, a 2018 study conducted by Oregon State University showed that the higher the use of midwives in US states, the lower the incidence of maternal or infant injuries or death. “The arc of the moral universe is long”, said Martin Luther King Jr. While we may face issues, we have a chance to make up for it. Hopefully, access to quality healthcare and nurture continues to bring a new era of better care and better channels through which black American mothers-to-be receive the best care. Even from before the moment of birth, mothers-to-be and their expected baby should be given an equal chance to thrive.