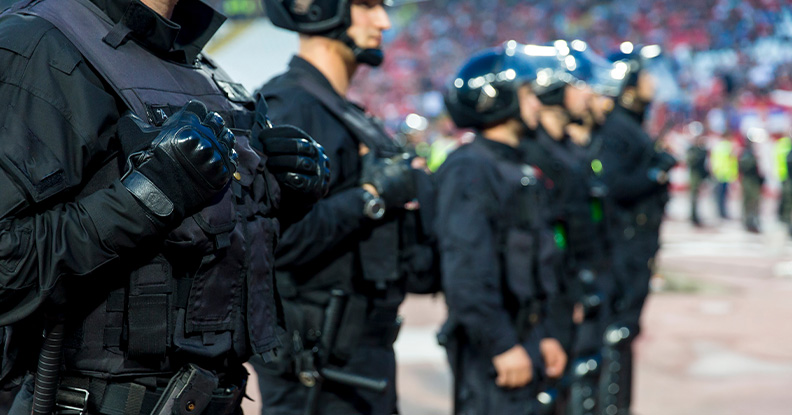 The Jacob Fuchsberg Law Firm is proud of its 40-year history litigating civil rights cases, including matters involving police brutality, violence, and misconduct. Citizens are right to be outraged by acts of unprovoked police aggression and racism, and this post will discuss two of our most recent cases involving this type of misconduct. Civil rights lawsuits such as these can serve as effective mechanisms to hold police officers accountable for their actions, and we can only hope that our work will help stem the tide of hatred and violence.

In the first case, an 11-year-old African American girl, “Jane,”* was a victim of a brutal shooting that occurred in a New York City housing complex where she lived with her grandparents. A Housing Authority police officer who was patrolling the building opened the door to a rooftop where Jane was being sexually assaulted by a third party. Without warning, the police officer shot her, and slammed the door. The officer claimed that he had slipped when he shot Jane. However, he could not give a reasonable explanation as to why his gun went off and how he slipped.

At trial, our firm successfully argued that the officer intentionally shot his firearm with reckless disregard for the safety of others, thereby injuring the plaintiff. We showed internal contradictions in the police department’s investigative reports versus the officer’s statements, which indicated that the officer already had his gun drawn and ready to be fired when his partner opened the stairwell door. We also showed that the defendant officer had no knowledge as to whether or not children were on the other side and did not even identify that he was a police officer. The jury awarded compensatory damages for Jane’s physical and emotional injuries as well as punitive damages against the officer who shot her. Notably, defendants attempted to exclude from the jury’s consideration Jane’s testimony that the officer who shot her was white, claiming that the description was prejudicial. This argument was unsuccessful and the jury was allowed to hear Jane’s description of what occurred as she remembered it.

In the second case, 18-year-old “John” suffered life-threatening injuries at the hands of police. John was hanging out with his friends in his neighborhood when the police showed up. The young men ran away and were chased by these officers. One of the officers caught up with John and yelled at him to stop, at which point John slowed down, turned slightly, and put his hands in front of him. The officer continued to run toward John and struck John’s face with his arm. The force of this blow was so intense that John fell to the ground on his head. The impact caused a skull fracture and a subdural hematoma. John was set to start college courses the next day; instead, he had to be kept in a comatose state for several days to prevent further brain damage. After he woke up in the hospital, John was charged with numerous crimes, which were all eventually dismissed.

Here again, the defendant officer claimed that the contact was merely accidental. Chris Nyberg and other attorneys at the Jacob Fuchsberg Law Firm scrutinized the facts and argued that excessive force was used, especially given that John had slowed down and put his hands in front of him when the strike occurred. We also conducted a thorough neuropsychological evaluation to show that since the injury, John had become less cognitively able and socially active. Thanks to our lawyers’ meticulous work, the Jacob Fuchsberg Law Firm was able to obtain a substantial settlement on this case without having to proceed to trial.

As these cases show, civilian complaints and lawsuits send clear messages to police officers that they are not shielded from accountability. As waves of protests against police violence and institutional racism continue throughout the U.S., we are faced with a sad realization that police are all too often allowed to walk away from their misdeeds without consequence. The New York Times recently analyzed various factors that contribute to the challenge of holding police accountable, including

“political clout of police unions, the reluctance of investigators, prosecutors and juries to second-guess an officer’s split-second decision and the wide latitude the law gives police officers to use force.”

As the NY Times acknowledged, civil rights lawsuits sometimes serve as the only effective measure for accountability and discipline of police officers when other methods that rely on the department’s self-betterment are prone to fail. There is an added deterrence value to voicing complaints through lawsuits in that they signal to the public that certain officers may pose a higher risk of engaging in serious misconduct in the future. The public is learning that officers involved in the killings of George Floyd and Breonna Taylor share a history of complaints of brutality or misconduct. In addition, a study published in the American Economic Journal found that officers with extensive complaint histories were disproportionately more likely to be named subjects in civil rights lawsuits with extensive claims and large settlement payouts. Too few of these lawsuits are successful, but when they are deemed meritorious, they can make a real impact.

We encounter police officers all over the city, state, and country. In order to dwell in this society with peace and harmony, a level of trust is necessary towards law enforcement as the protector and defender. Heeding to civilian complaints and making serious efforts to address those complaints within the police department is an essential step to establishing that trust.

*All names have been changed to protect the identity of our clients.