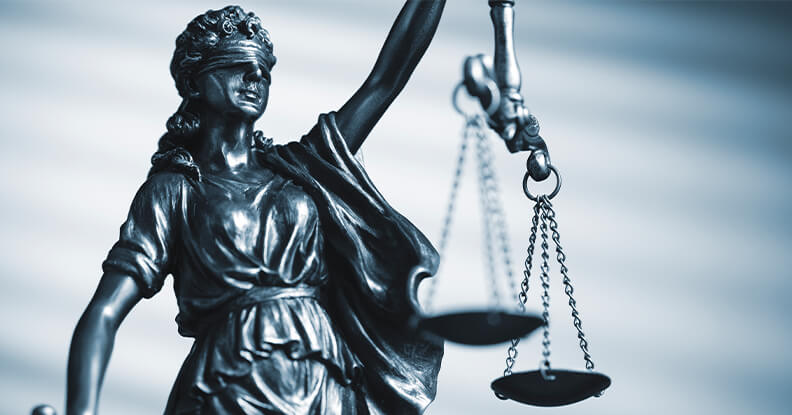 The current COVID-19 pandemic has had an unprecedented impact on the general population and across various businesses and public services. The legal field has not been the exception as New York State (“NYS”) courts suspended operations except for essential and emergency matters.

Starting March 15, 2020, all court functions for matters considered non-essential, which include medical malpractice and personal injury cases, were postponed or restricted as the courts focused on handling emergency matters. Consequently, by Executive Order, Statute of Limitations was tolled and the commencement of new actions, including medical malpractice and personal injury matters, was suspended. The most recent Executive Order (§202.28) extends the tolling of the Statute of Limitations until June 6, 2020, and currently, the filing of new medical malpractice and personal injury actions is still prohibited. If a litigant believes their matter to be “essential,” despite being outside the specific matters considered as such by the courts, an emergency application needs to be made to the appropriate court with a detailed explanation of the reason why this is an “essential matter.” The Court has discretion whether to grant or deny the emergency application based on the particular facts.

Existing cases are also greatly impacted by the new normal. In order to be able to prosecute medical malpractice and personal injury cases, attorneys frequently conduct and defend in-person depositions, participate in mediations and settlement conferences, and may require in-person conferences or other court proceedings to keep cases on track and resolve discovery disputes. However, at the present time, New York City Courts’ operations are limited to restrict traffic in an effort to contain the spread of COVID-19. Therefore, completion of discovery in many cases has been inordinately delayed, thereby hindering their prompt resolution.

Filing and serving legal papers have also been hampered by the court closures. For several years, litigants have been able to file and serve legal documents electronically (“e-filing”) in the majority of New York courts via the New York State Courts Electronic Filing System (“NYSCEF”). With few exceptions, e-filing is voluntary in most counties and requires the consent of the adverse party to continue to file subsequent documents and effectuate valid service. Courts in certain counties are not accessible through NYSCEF. Thus, NYS courts and attorneys are still very much dependent on heavy in-person traffic, which presently is not feasible as a result of the health restrictions in effect.

Notwithstanding the above limitations arising from COVID-19’s health concerns and the ensuing “New York On Pause” orders, plaintiff’s attorneys, and the courts themselves, have been required to adapt to these current health safety restrictions and modify the manner legal proceedings are conducted to keep their cases moving forward to a prompt resolution.

How NY Courts are Adapting Due to the Pandemic

The NYS Courts have been implementing a statewide “virtual court” system through which judges and their staff are conducting remote conferences to carry out the courts’ general activities and are gradually resuming operations for non-essential matters. For instance, initially, the courts were implementing virtual hearings for essential and emergency matters only; however, as of April 13, 2020, virtual operations were extended to non-essential matters and the trial courts have been progressively scheduling remote conferences via Skype Business, telephone, or other similar virtual means to facilitate settlement discussions and resolution of active cases. Nonetheless, the scheduling of these conferences is dependent on the assigned judge’s availability and contingent on the consent of all parties and their access to the necessary technology to participate in the proceeding.

Also, beginning on May 4, 2020, the courts resumed allowing new motions and responsive papers to pending motions to be electronically filed for pending cases in all jurisdictions. The courts are also issuing written decisions on undecided motions to clear their backlog, which would enable them to handle new applications.

In addition, courts that previously did not accept applications electronically, such as certain surrogate’s courts, have also been expanding their electronic operations to meet the public’s needs as a result of the numerous COVID-related deaths in NYC. The courts have implemented a new electronic document delivery system (“EDDS”) for jurisdictions where e-filing was unavailable to allow litigants to send documents electronically to a court or clerk in a secure and efficient manner.

In light of the expected legal issues arising from the pandemic, the NYS Courts are preempting a large surge of new cases to commence once the restrictions on new filings are lifted and are preparing to be able to handle these matters as well as those currently pending. On May 20, 2020, the Chief Administrative Judge for the NYS Unified Court System advised that effective May 25, 2020, full access to the e-filing system will be restored, which will include the filing of new medical malpractice and personal injury cases.

In the meantime, jury trials are suspended until further notice in New York City courts and the expectation as to when trial courts could resume vary county to county.  As of this week, some New York courts in upstate counties will be opening for in-person appearances as they have reached the Governor’s benchmark for a safe reopening. They will be implementing safety measures, such as COVID-19 screenings, requirements to wear masks when entering the courthouse, regular sanitation of the facilities, social distancing, and other steps. In addition, they will restrict courthouse traffic will to protect the health and safety of judges and staff, attorneys, litigants, and members of the public. For the time being, NYC Courts are expected to continue using virtual technology to conduct as much court business as possible. Thus, it is very likely that jury trials will not begin until the end of this year at the earliest since COVID-19 remains a very serious public health threat.

Despite the new byzantine court structure, The Jacob Fuchsberg Law Firm is gearing up to file new matters and is pushing forward discovery in active cases by utilizing available technology as much as possible. Our office is regularly engaging in virtual mediation and settlement conferences to resolve cases, actively negotiating cases with opposing counsel and/or the defendants’ insurance carriers, and appearing in virtual compliance conferences. We are not letting the pandemic interfere with our work on behalf of our clients. Onward!