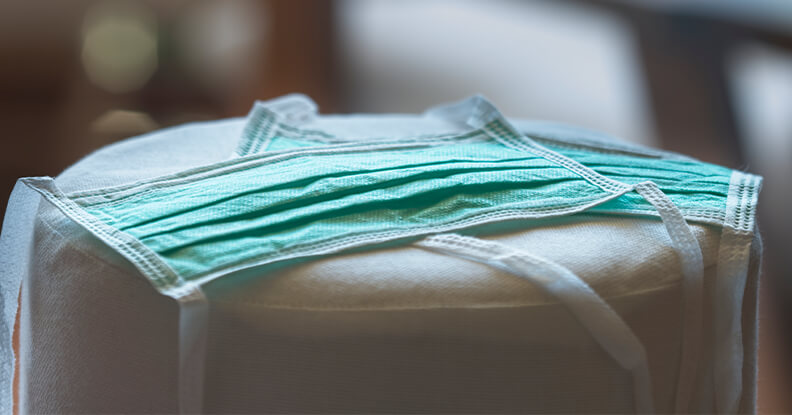 As social distancing has become a necessary precautionary measure and even a legal requirement in an increasing number of jurisdictions, many people have made analogies between staying at one’s home and what they imagine as life in prison. Perhaps, the pandemic has created an impetus for the general population to consider and feel what it is like to be deprived of rights and liberty that they usually take for granted: going out for a run, taking their children to a baseball game, spending a couple of hours eating out at their favorite restaurant, and commuting to work in crowded subways. These analogies beg the question—what is it like to be incarcerated during this pandemic?

We at the Jacob Fuchsberg Law Firm have been at the forefront of investigating incidents of medical neglect in jails and prisons, wherein inmates’ serious medical complaints are ignored for a lengthy period of time resulting in catastrophic injuries that were preventable. Therefore, we are in a unique position to hear and appreciate inmates’ concerns regarding their and other inmates’ health during this pandemic and to help them contemplate how to create a better system or protocols to prevent an undue exacerbation of health crisis in prisons. Even though we acknowledge the great difficulty that corrections personnel and administration must be facing in maintaining control and custody of inmates during the epidemic, we also have the responsibility to serve as advocates for prisoners who are often unable to speak up about their concerns due to fear of retaliation and sense of hopelessness.

From my experience working directly with prisoners with potential civil rights claims, it appears that the pre-existing practice and patterns of delayed medical care are being exacerbated in the context of this public health crisis.

Of course, there are certain rights one has to give up when convicted of a crime and sentenced for incarceration. However, when one’s medical complaints are such that they can result in catastrophic injuries without treatment, the correctional officers cannot turn a blind eye to those complaints and let the inmates suffer. In seminal cases Estelle v. Gamble, 429 U.S. 97 (1976) and Farmer v. Brennan, 511 U.S. 825 (1994), the U.S. Supreme Court established that a prison official’s deliberate indifference to a substantial risk to a prisoner violates the Eighth Amendment to the United States Constitution as it results in cruel and unusual punishment. Prisoners are concerned about their health and the spread of virus, just like anyone else, and to the extent that there is a justifiable basis for their concern and a measure that prison officials can take to better prevent the spread of virus, inmates’ call for help should not be dismissed as trivial or inconsequential.

Unfortunately, it is all too convenient for correctional officers to regard inmates’ vocal requests for medical attention as ‘protests’ and treat them as such. On Rikers Island, an inmate who was handling food was taken out because he was exhibiting flu symptoms. Several inmates became concerned upon hearing this and tried to go to a jail clinic to check their temperatures. When they refused orders to return to their cells without getting their temperatures checked, the officers allegedly doused these inmates with pepper spray. [1] Of course, once an inmate does fall sick, it is challenging to ensure that they would get medical treatment they would need in a prompt and proper manner, which poses added risk to other inmates around them as well as to the prison officials. The New York Times reported on March 30, 2020, that 167 inmates and 137 staff members had already tested positive for COVID-19 at New York City’s jails including Rikers Island. [2]

“Even at this difficult time, our society must have the ability to safeguard those who are incarcerated, to avoid violating their rights or endangering the community,” the district attorneys wrote in a scathing letter to Mayor Bill de Blasio.

In response, Mr. de Blasio has been pushing prosecutors and judges to release as many inmates as possible, in an attempt to have Rikers operate at a capacity that can meet recommendations by federal health officials.

The general way in which a prison is run also creates a risk for the spread of infection. The beds in prison cells are often only a couple of feet apart, and in fact, less violent offenders are likely to be placed in lower-security facilities and therefore are in closer proximity with other inmates. Several inmates have described to me how they are often only given a couple of pairs of gloves to wear. Hand sanitizers are difficult to come by; inmates describe trying to use shampoo as a disinfectant. Up to 100 inmates often share shower stalls, water faucets, and washers and dryers. Refusal to participate in group activities such as prison work systems or mass dining is often regarded as an unjustified violation of the protocols. Inmates are written up for disciplinary ‘tickets’ on a charge of refusal of order, found to be guilty of that charge, and placed in the ‘box’ or what is commonly known as solitary confinement. As of March 30, 2020, the New York Times reported that more than 800 inmates in the City facilities are being held in isolation or in quarantine because someone in their jailhouse tested positive for the virus. [3] Many more inmates in State and Federal Bureau of Prison inmates and detainees suffer from the same fate in New York State and across the country. [4]

Perhaps solitary confinement, often regarded as cruel and inhumane treatment, is ironically the closest remedy to social distancing in prison. However, the conditions of solitary confinement actually described by inmates are far from what we imagine based on our experience with social distancing. Take, for example, a case of our client who was placed in quarantine starting late March 2020 due to increased health risk and for protection from other inmates, as he had been burned and slashed by members of a gang that ‘run’ the New York State prison where he is incarcerated. He describes that for over two weeks, he has not seen the outside of his cell, taken a shower, spoken to his family including a 9-year-old child he is close to, or received wound care for his burn, which covers his face, upper body, and arm. The prison justifies this by saying that isolation and quarantine is indeed the best practice given the COVID-19 pandemic. However, the client explains he should be given an opportunity to receive medical care in an isolated infirmary unit to prevent his wounds from becoming infected, or an opportunity to walk around in a recreation yard in a safe distance from others for at least an hour per day (or per week, even). He said he was grateful that I set up a legal call with him as his attorney because no other phone calls have been allowed while in quarantine. In fact, our phone calls are capped at 30 minutes every 30 days. Other than to participate in our last call, our client had not been out of his 6-by-8 foot cell in over two weeks.

In late March, in a letter to Attorney General William Barr and federal Bureau of Prisons Director Michael Carvajal, a group of senators led by Charles Grassley, R-Iowa, and Richard Durbin, D-Ill., urged the federal government to begin moving the elderly and terminally ill from custody.

“Conditions of confinement do not afford individuals the opportunity to take proactive steps to protect themselves, and prisons often create the ideal environment for the transmission of contagious disease,” the senators wrote.

Describing the risk of a prison outbreak to “a fire in a dry barn,” some conservative groups, including the American Conservative Union, called on the president to intervene. President Donald Trump announced that the administration was considering such a move, but no action has followed. [5] In fact, at the Cook County Jail in Illinois, a COVID-19 outbreak has already caused deaths of inmates, and they are demanding better care and safety.

The COVID-19 pandemic, as a public health crisis of a magnitude unprecedented in recent times, is in one sense serving as a motivation for people to consider the circumstances of those who are at an even greater disadvantage than themselves in surviving through this pandemic. We at the Jacob Fuchsberg Law Firm are fighting hard to advocate for those who are the most vulnerable. We listen to our clients about their experiences and concerns and offer guidance in all forms, and provide legal and sometimes non-legal words of advice and comfort. Feel free to contact us if you would like to discuss a possible case 212-869-3500.