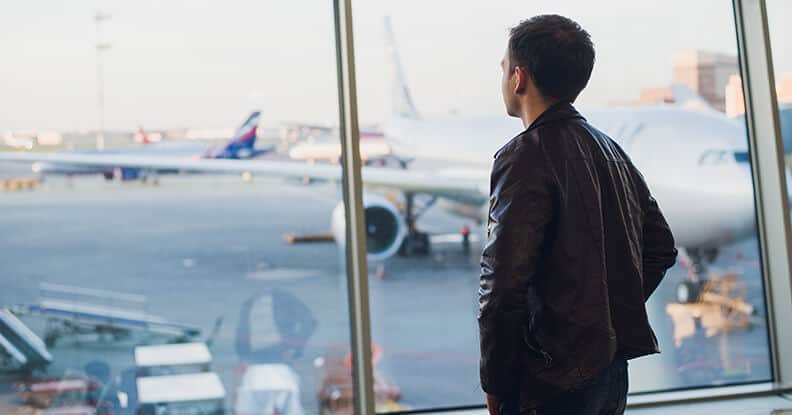 In-flight medical emergencies on commercial airlines are relatively common occurrences.  It is estimated that anywhere between 200 to 1400 in-flight medical emergencies occur daily worldwide. [i] Due to cabin pressurization at cruising altitude, typically 30,000 to 40,000 feet, passengers are more susceptible to health problems during flight including hypoxia, decreased venous flow, systemic inflammation, and exposure to allergens and communicable infectious diseases.

While the flight crew undoubtedly faces serious and often difficult choices on how to deal with in-flight medical emergencies, ultimately, they have a duty to make reasonable decisions and exercise “due care” to ensure that passengers arrive at their destinations safely.  At a minimum, all US airlines must comply with Federal Aviation Administration’s (FAA) regulation, 14 C.F.R. § 121.803, which mandates that airplanes carrying loads of more than 7,500 pounds be equipped with emergency medical kits, including an approved automated external defibrillator, a general first aid kit, blood pathogen spill equipment, and oxygen for first aid.

In some cases, airlines who have failed to maintain equipment that meets the FAA’s specifications, have found themselves the subject of lawsuits.

For example, in 2019, the family of a newlywed who died after suffering a pulmonary embolism during a flight sued American Airlines for failing to have properly functioning medical equipment on board, including FAA mandated blood pressure monitors and a defibrillator.  See Starks, et. al. v. American Airlines, Inc.,4:19-cv-00253 (N.D.Tex 2019)(MP).

All commercial aircraft cabin crew are required to receive first aid and CPR/AED training.  Most US airlines provide some additional training to their crew regarding what emergency procedures to follow when faced with an in-flight medical emergency. In addition, many domestic and international airline carriers contract aeromedical ground support services, such as MedLink (based in Arizona) and Stat-MD (located in Pennsylvania) to provide physician consultations to assist the flight crew with providing in-flight medical care and determining if a flight diversion is necessary.  Miscommunication between in-flight staff and on-the-ground medical support services can lead to the rendering of inappropriate medical assistance by the crew and the failure to divert. These errors are often exacerbated when medically trained passengers, such as on-board doctors and nurses, are asked to assist in the medical care of their fellow passengers and provide conflicting assessments of the passenger’s medical condition to the flight crew and aeromedical ground support. [ii]

Ultimately, the decision of whether to divert a flight rests with the pilot-in-command, which can often be a costly one.

While many airlines claim to put passenger safety first, the high costs of an unplanned diversion cause carriers to pressure pilots to avoid emergency landings.  Despite the frequency of medical emergencies, research suggests that diversions occur roughly only 4% of the time. [iii]

So what remedies do passengers have if they are harmed by an air carrier’s negligence during an in-flight medical emergency? For domestic flights that originate and end within US territory, in most cases, passengers can bring a case against the airline in state or federal court.

The most common claims against carriers include:

The path to relief when the in-flight medical emergency occurs during an international flight is much more complicated since an international treaty known as the Montreal Convention pre-empts state and federal laws in most cases.  Under Article 17 of the Convention, an airline can only be held liable for personal injury or death of a passenger on an international flight between two member nations when the claimant proves that the alleged injury or death resulted from an “accident” on board the aircraft.  In 1985, the United States Supreme Court defined “accident” under the Convention as “an unexpected or unusual event or happening that is external to the passenger.” Air France v. Saks, 470 U.S. 392, 405 (1985).  This definition has proven to be an area of hot debate among litigators.

In 2004, the Supreme Court broadened the definition of an “accident” in the context of an airline’s failure to provide proper medical attention to an ill passenger in the case of Olympic Airways v. Husain. [iv]

The Supreme Court found that the crew’s refusal to move a passenger, whom they knew was allergic to smoke, away from the plane’s smoking section was an “unexpected and unusual event” which caused the claimant’s husband to suffer an on-board medical emergency, an asthma attack, and die.

Over the years, Husain has given more latitude to claimants to argue that the court must weigh the facts and circumstances of each individual case in order to determine whether the flight crew’s conduct was unexpected or unusual and whether the airline is therefore potentially liable for the passenger’s in-flight injuries.

Since the decision in Husain, claimants who suffered injuries as a result of air carrier negligence during international flights have successfully overcome challenges based on the Montreal Convention by showing that the crew’s conduct was an “unusual” or “unexpected” event which constituted an “accident” that caused injury to the passenger. For example, in Watts v. American Airlines, Inc., the court found that when a passenger had a heart attack in the airplane’s lavatory, the airline’s failure to both recognize that the passenger was having a heart attack and to conform to industry customs and procedures by responding to his medical emergency constituted an “accident” under the Montreal Convention. [v] Similarly, in Yahya v. Yemenia-Yemen Airways, the flight crew’s decision not to divert the plane after being apprised of the passenger’s life-threatening condition, resulting in the passenger’s death, was determined to constitute an accident under Article 17 of the Convention. [vi]

Under the Montreal Convention, when a claimant is successful in showing that an accident occurred, the airline is automatically liable for proven damages up to 113,100.00 Special Drawing Rights (SDR) or approximately $157,000, under current exchange rates.  In some circumstances, an injured person’s damages will exceed the SDR threshold.  In contrast to the typical civil negligence case, in order to avoid paying damages over the SDR cap, the airline, not the claimant, will generally have the burden of proof of showing that the accident was not caused by its own negligence.

If you or a family member were injured during airline travel and wish to discuss the case with us, please contact us at 212-869-3500 for a free consultation.