Teacher Fired For Speaking Out On Behalf Of Special Needs Kids 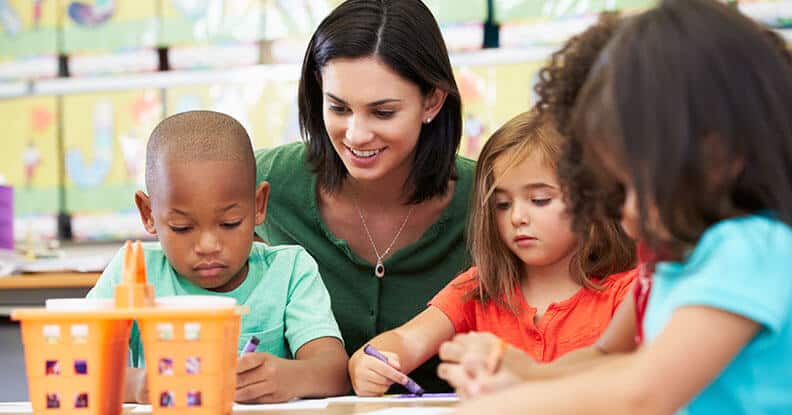 We are working on a case involving an NYC teacher who suffered career-fatal consequences because she spoke out on behalf of special needs kids in her school. She felt that they were not getting the services and evaluations that they needed, and so she lodged a formal complaint about it. Once she made this complaint, her 25-year untarnished record as a school teacher began being clouded by a series of reprimands and negative performance reviews, which ultimately lead to her dismissal. We recently won a preliminary victory in this case, where the judge presiding concluded we stated a cause of action and the case should go forward, The decision and underlying issues are so interesting, that we want to share it with our colleagues and friends.

Background of the Litigation

The Plaintiff was a tenured school teacher and a Department of Education (“DOE”) employee for over twenty-five years. Two years before she was fired, she filed a complaint with the Office of Civil Rights for the United States Department of Education (“OCR”), alleging that P.S. 195 failed to provide adequate evaluations or services for its special-needs students. Following her complaint, the OCR twice offered to mediate her claim, but each time she refused. She was concerned that had she mediated, she would not have gotten the right attention for the students that they so desperately needed. She wanted OCR to complete its investigation. Eleven days after her second refusal to mediate, the Plaintiff started to receive reprimand letters from her school claiming misconduct and unprofessional behavior, including that she neglected her duties and did not plan her classes appropriately. Shortly thereafter, she received her first negative performance evaluation in over 25 years of teaching.A few days before OCR was scheduled to visit P.S. 195 and investigate the Plaintiff’s complaint, the DOE brought her up on disciplinary charges. During this time, she was banned from all DOE schools and was therefore unable to attend OCR’s investigation into her complaints. The charges brought against the Plaintiff at her disciplinary proceeding were entirely based on her interactions with one student and that student’s family. And the claims were outlandish -- including that the Plaintiff called the student’s parents too much, and that the class had made get well cards and sent them to the student’s home. The Plaintiff believed she was being targeted by the school because of her complaints against it. She argued that the administration viewed her as a

“meddler” and someone “who stuck her nose where it did not belong.”

Sadly, the DOE found that the Plaintiff was guilty of harassing the parents, inappropriately dealing with the student, and wrongfully sending a package to the family’s home. The Plaintiff was fired from her job immediately.The Plaintiff sought to vacate the hearing officer’s decision in the New York State Supreme Court. The Supreme Court denied the petition and the Plaintiff appealed to the Appellate Division. That appeal is still pending. The Plaintiff also filed a complaint against the school and the DOE, and others, in the federal court of the Southern District of New York. The Plaintiff alleged that the Defendants wrongfully charged her with misconduct leading to her termination, that the Defendants had retaliated against her in violation of Title II of the Americans with Disabilities Act of 1990, §504 of the Rehabilitation Act of 1973, the New York State Human Rights Law, the New York City Human Rights Law, the First Amendment of the United States Constitution, and Article 1 § 8 of the New York State Constitution. Recently, the Defendants moved to dismiss the Plaintiff’s complaint. The judge denied that motion and has allowed the case to proceed. Below are some of the more interesting points covered in that decision.

Retaliation Claims Had Not Been Adjudicated The Defendants argued that the Plaintiff should have been collaterally estopped from bringing this retaliation action since the DOE had addressed her claims.

“New York Courts apply collateral estoppel, or issue preclusion, if the issue in the second action is identical to an issue that was raised, necessarily decided, and was material to the first action, and the plaintiff had a full and fair opportunity to litigate the issue in the earlier action.”

LeFleur v. Whitman, 300 F. 3d 256, 271 (2d Cir. 2002), quoting Parker v. Blauvelt Volunteer Fire Co., 712 N.E.2d 647, 651 (N.Y. 1999). In our case, the court found that the Plaintiff’s retaliation claims had not been already fully adjudicated by the DOE. And in fact, there was no decision by the hearing officer on the issue of retaliation. Moreover, the court determined that the hearing officer only made his decision to terminate the Plaintiff based on a few of the reprimands that the Plaintiff received, and the allegations made by the one student and his parents. But, there were many reprimands and negative performance reviews that the hearing officer did not look at, and since the totality of the reprimands and behavior constituted the basis for the Plaintiff’s claims, in this case, the court ruled that Plaintiff’s retaliation issues had never been fully addressed or decided.

The court also found that the Plaintiff pleaded sufficient facts for her retaliation claims under the RA and NYSHRL. In order to state a claim, the Plaintiff had to show that:

Treglia v. Town of Manlius, 313 F.3d 713, 719 (2d Cir. 2002).The court explained that the defendants did not contest that the Plaintiff had engaged in a protected activity – it was clear -- she had made a complaint to the OCR. The Court also found that the defendants were aware of her activity – in fact, the Defendants were the subject of her complaint to the OCR, and so they, of course, had to be aware of what she was doing. The court also determined that the DOE took multiple actions disadvantaging the Plaintiff -- she was given 16 reprimand letters, numerous negative evaluations, brought up on charges, and ultimately terminated.As to the causation question, the court explained that it

“may be shown directly, through evidence of retaliatory animus by the person who initiated the adverse action against the plaintiff,” or “indirectly, by showing that the retaliatory or discriminatory action was taken shortly after the protected activity.”

“(1) the plaintiff has engaged in protected First Amendment activity, (2) has suffered an adverse action, and (3) a causal connection between the protected activity and the adverse action exists.”

(Decision at 18) Lee -Walker v. N.Y.C. Dep’t of Educ., 220 F. Supp. 3d 484, 490 (S.D.N.Y. 2016, aff’d sub nom., Lee-Walker v. N.Y.C. Dep’t of Educ. 712 F. App’x 43 (2d Cir. 2017).Since the court had already decided that the Plaintiff had suffered an adverse action and that the causal connection existed, it looked at whether the Plaintiff had engaged in a protected First Amendment activity. That activity would be covered if the Plaintiff was considered a public employee who

“spoke ‘as a citizen’ on a ‘matter of public concern.”

(Decision at 18) citing Garcetti v. Ceballos, 547 U.S. 410, 419 (2006). When a public employee raises a complaint as required by law or their employer, this is considered a job-related grievance and is not protected by the First Amendment. But, when an

“employee goes outside of the established institutional channels in order to express a complaint or concern, the employee is speaking as a citizen and the speech is protected by the First Amendment.” Decision at 18.

The Defendants argued that the Plaintiff’s claims should not stand because she was acting as within the scope of her employment – as a teacher in a public school -- and not just a regular citizen. We argued that the Plaintiff was a general education teacher who made a complaint outside of regular channels (to the federal government) about the status of special education. In our view, this complaint had nothing to do with her job, and everything to do with the neglect of kids who desperately need help. At this stage of the proceedings, the court determined that there were simply not enough facts to make a determination about this, and denied the Defendants’ motion to dismiss the complaint on this basis.Finally, the defendants argued that the Plaintiff’s complaints were not protected by the First Amendment because they were not a matter of

“public concern." The court explained that “the Supreme Court has defined ‘a matter of public concern’ as one that ‘relat[es] to any matter of political, social, or other concern to the community."

The lawyers of the Jacob Fuchsberg Law Firm are dedicated to fighting for the rights of people who have been wrongfully discriminated against or have suffered wrongful retaliation by their employers. We have long been a firm that takes on difficult and challenging cases. We believe that everyone’s story needs to be heard and told and that those individuals or institutions who have engaged in wrongdoing should be held accountable. Ed Hynes, Allison Stein, and Alan Fuchsberg have been fighting this case. Please contact us for a free case evaluation if you believe your rights have been violated 212.869.3500.