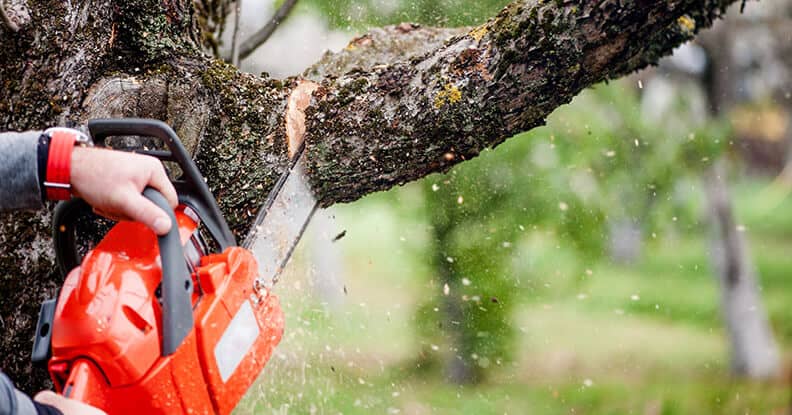 It seems inevitable: With more than 2.5 million trees lining New York City's streets and filling its parks, some of them being on the upward end of 150-years-old, there are reports of injuries and even deaths caused by falling tree limbs.According to Adrian Benepe, the city parks commissioner, the city is in charge of caring for more than 70,000 of these trees, trimming, and manicuring them to make sure they aren't a safety hazard to people passing underneath their heavy branches.Even though the number of tree-related injuries is relatively small - with 51 people being injured over the span of five years, including two killed - the city has been combative against lawsuits filed over deaths and injuries caused by trees. The city claims that the injured pedestrians and park-goers should have known about the risks presented when walking under trees, but evidence in these cases suggests that the most devastating accidents could have been avoided completely.

The City's Aggressive Litigation Tactics in a Tree Limb Accident

On July 6, 2007, 29-year-old Alexis Handwerker, took her dog to Stuyvesant Street Park on East 15th Street. After her beagle played, she gave him a treat and sat on a park bench underneath a 137-year-old elm tree. A decayed part of the tree snapped and plummeted 30 feet, landing on top of her.Ms. Handwerker was pinned to the ground with a broken arm, bleeding, disoriented, and smothered by leaves. Other park-goers attempted to free her from the huge tree limb. Luckily, she survived the accident but suffered severe injuries that landed her in the hospital for over four months. She later went on to sue the city for her injuries.Evidence suggested the elm that fell on Ms. Handwerker had rotted to the point where the inside of the limb was hollow. A park worker commented on the limb in question and said the inside of it was "gooey." Ms. Handwerker's lawyers pieced together more evidence that untrained park workers missed obvious signs the tree was rotting, even though the 80-foot elm had sent branches falling down before.When the city's legal arguments were failing in this case, they decided to monitor Ms. Handwerker by using secret video surveillance. Her lawyer Sal Spano discovered the surveillance only when the city turned it over as evidence.Mr. Spano said, "the goal was to imply to jurors that she was the kind of person the authorities might suspect of some kind of unspecified wrongdoing." The Law Department's response was that they thought it was necessary to "assess the extent of the limitations claimed" by an injured person, especially in cases where the plaintiff is seeking millions of dollars in compensation.The city fought against this lawsuit for five years, but eventually, it was settled for $4 million dollars in February of 2012.

The Handwerker case wasn't the only time the city of New York responded with aggressive court strategies to a tree-related injury. Brooklyn resident Hinda Segal was waiting at a bus stop on Avenue J when she was struck and killed by the falling branches of a maple tree.The city made aggressive attempts to limit damages, claiming that Ms. Segal didn't suffer from the injury, but rather that she died instantly from the accident. The city's argument was based on Segal's brain tissue being found on the street. The family's lawyer said the argument was "distasteful and unfair and plainly untrue." The city's argument didn't stand in court. The jury awarded the family $1.6 million.

City lawyers have argued that the city is not required to conduct inspections on a regular basis to determine the condition of the trees. Due to a reduction in the tree pruning budget, trees located on the city's streets get inspected every 15 years instead of the recommended seven years. Mr. Benepe stated: "Unfortunately, nature is unpredictable and limbs can fall even from healthy and well-pruned trees." He continued: "The only absolute correction would be to have no trees at all."

If you've been injured in New York City by a limb or debris falling from the city's trees, our New York personal injury attorneys will help you evaluate whether you have a claim against the city. Call us today 212-869-3500 or fill out the contact form.Data Source:"http://www.nytimes.com/2012/05/14/nyregion/in-new-york-neglected-trees-prove-deadly.html""http://www.nytimes.com/2012/05/16/nyregion/suits-over-tree-injuries-show-new-york-citys-aggressive-legal-tactics.html"