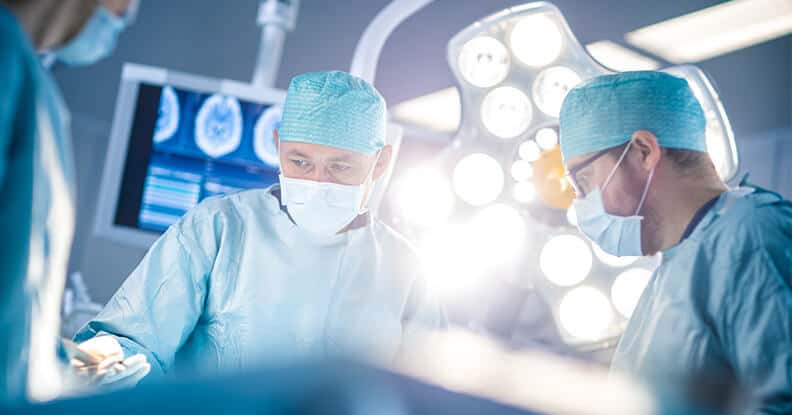 The sad and unfortunate truth is that it's becoming normal for medical practitioners and health care providers to be criminally indicted and prosecuted for negligence. New cases arise each year about doctors who are being charged with criminal medical negligence because their actions in treating patients under their care lead to death. Negligence can include patient falls, bedsores, or any other unintentional acts that happen in a long-term care or medical malpractice case.

Criminal Medical Negligence Is Not as Rare as It Once Was

There was a time when criminal medical negligence was a relatively uncommon occurrence. James A. Filkins, the author of With No Evil Intent: The Criminal Prosecution of Physicians for Medical Negligence, wrote that between 1809 and 1981, there were only around 15 appellate cases of criminal medical negligence. Compare that to the present day, when the third leading cause of death in the United States is from medical error by doctors and health care providers.In 1997, when the death toll from medical negligence doubled to 30 since the initial report, Dr. Gerald Einaugler was convicted on charges of criminal medical negligence and violation of New York state health laws. He was charged for not transferring his 78-year-old nursing home patient, Alida Lamour, to a hospital when she was facing complications from an infection. Even when he was advised by an associate, Dr. Dunn, that the patient needed immediate medical attention, Dr. Einaugler neglected to transfer her. A few days later, Ms. Lamour passed away.Dr. Einaugler claimed that he was acting in good faith and used his best judgment for the situation. He said that whenever he checked on her, her vitals were stable. ''I wasn't trying to hide anything or cover anything up,'' he added. ''I just did not feel, based on my medical judgment, that it was necessary to admit her.''He was sentenced to face a year of weekends at Rikers Island but only ended up serving 6 when New York Governor George Pataki granted him clemency. Instead of the 52 weeks, he was originally sentenced to, he was to serve 52 days of community service as a physician."My decision to commute this sentence does not signal a lack of respect for the jury's decision," the Governor said in a statement. "Rather, it reflects my belief that people are better served if Dr. Einaugler is required to perform community service."

When Does a Doctor's Mistake Become Criminal Medical Negligence?

The change in Dr. Einaugler's sentencing raises the question as to what is considered negligent and what's not. When does medical negligence become criminal conduct?According to Amy Cook, author of Criminal Medicine: When Malpractice Turns to Manslaughter, to cross from civil to criminal negligence, there must be a "gross or flagrant deviation from the standard of care." In addition, the physician in question must also have a "criminally culpable state of mind."In the case with Dr. Einaugler, he stated he didn't intentionally mean to cause harm to his patient, but he was in a situation where he should have been aware of the risk involved. This state of mind is a form of negligence. But the question as to whether such a matter should be handled in civil or criminal court is a tough one to answer.

The American Medical Association Is Opposed to Prosecution for Medical Negligence

The American Medical Association (AMA) strongly opposes criminal prosecution of medical negligence but acknowledges that recklessness or a gross deviation from the standard of care should be criminally culpable. On the other hand, negligence is when the healthcare provider was taking an unnecessary risk unbeknownst to him. Many believe recklessness should be criminally prosecuted, but the matter of negligence should remain a civil matter.One can't ignore that criminal punishment is a growing trend, and navigating the lines between recklessness and negligence is a tricky road to travel. This truth remains: No health care provider should be given a free pass from being liable for the mistakes made when treating their patients.Data Sources:"http://www.nytimes.com/1997/05/17/nyregion/in-rare-case-doctor-faces-jail-time-for-negligence.html""http://www.nytimes.com/1997/06/28/nyregion/doctor-in-negligence-case-gets-his-sentence-eased.html"