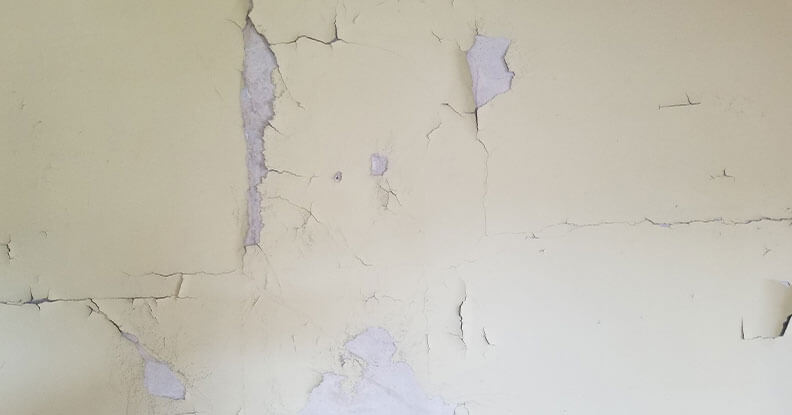 In the United States, the most common source of lead poisoning in children is flaking, chipped, dusting, or deteriorated painted surfaces in buildings built prior to 1978. Lead paint is found in pre-1978 buildings, in both public sector  (government-owned or subsidized) and private sector housing.

In addition to inhaling lead-based paint dust, when young children begin to crawl and toddle, they may put lead-based paint chips in their mouths, and ingest lead directly.  There is no safe level of lead exposure and no safe blood lead level in young children. The Center for Disease Control, however, recommends public health interventions when a child’s blood lead level is greater than 5 micrograms of lead per deciliter of blood. Typically, an elevated blood lead level is initially ascertained by blood tests performed by the pediatrician as part of a routine exam. Then the elevated childhood lead blood level is reported by the pediatrician to the local Department of Health, which triggers government interventions, including the testing of the apartment or other residence for dangerously high levels of lead in the paint, and, if indicated, an order to the landlord to remediate the dangerous lead-based paint condition.  During any such lead abatement, the child should be removed to a safe house to avoid the dangers of further lead contamination posed by the remediation procedures.

Lead adversely affects multiple body systems, including the nerves, brain, liver, kidneys, and bones. It is particularly harmful to young children. Lead is stored in the bones and teeth, and leaches back into the bloodstream over time, transporting it to all organ systems. While lead poisoning can present dangers to adults, it is most dangerous in young children whose nervous systems are still developing. Lead poisoning injuries frequently include cognitive, intellectual, and academic impairments and behavioral disorders including hyperactivity and attention deficit disorders. If the child's venous lead blood level is 45 micrograms per deciliter of blood, the child's physician may recommend a treatment known as chelation, where the medication binds to the lead so that it may be excreted in the urine.

If you have been advised that your child's blood tests have revealed elevated levels of lead or if you believe your child has been exposed to lead-based paint, please contact the Jacob D. Fuchsberg Law Firm 212-869-3500 for a free consultation. Our attorneys have extensive experience in the prosecution of lead-based paint cases on behalf of affected children and their parents.

Related Legal Insights
TCE Causes Cancer; Have You Have Been Exposed?