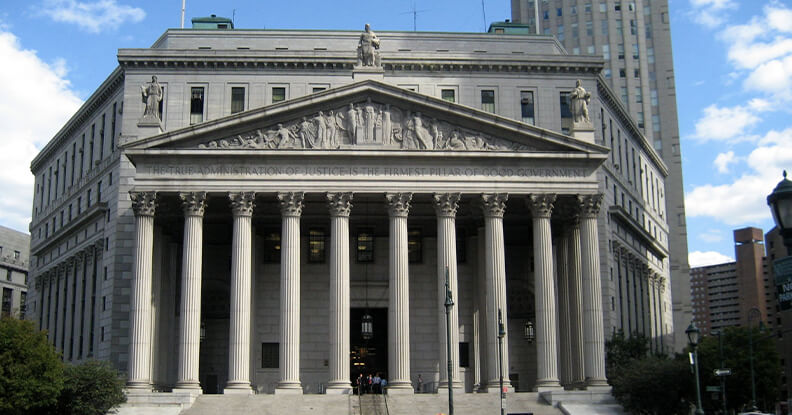 One of our fundamental rights in the United States is the right to a jury trial if accused of a crime (U.S. Constitution, Article III, Section 2). This same right also applies to civil cases (U.S. Constitution, Amendment VII, and New York State Constitution, Article 1, §2). However, in civil cases, the plaintiff seeks money damages or a court order preventing the defendant from engaging in certain conduct. While in most cases we can feel confident that the right to a jury trial will be upheld, in the case of a terminally ill plaintiff, they may not be healthy enough to come to court by the time their case proceeds to trial.

CPLR §3407 of New York’s Civil Practice Law and Rules accounts for this situation by allowing for an expedited trial schedule for parties who are terminally ill in instances where the terminal illness is due to the wrongful act giving rise to the lawsuit. This law states “a party to an action who is terminally ill, and who asserts in a pleading in such action that such terminal illness is the result of the culpable conduct of another party to such action, may request an expedited preliminary conference in such action.” After this request is made, the Court must hold the conference within 20 days. During the conference, courts generally issue orders to complete discovery within 90 days, and sometimes they also require that the trial be commenced within a year in order to give the plaintiff a better chance of being present.

This expedited schedule provides a terminally ill plaintiff the opportunity to participate in the pre-trial proceedings and the trial before they become too ill. In such cases, it is imperative that the plaintiff give pretrial testimony via a videotaped deposition so their testimony is preserved. This video testimony can be replayed during the trial in the event the plaintiff is unable to be there. Although this can be a good alternative, a plaintiff’s physical presence at the trial can dramatically alter the result by helping the jury empathize with the case. If there is disagreement between witnesses as to what was said, winning the case may depend on the plaintiff’s own testimony. An expedited trial schedule for a terminally ill plaintiff benefits the judge and jury by giving them the opportunity to get the most comprehensive account of what happened so they can make an informed decision.

Earlier this year, attorney Jaehyun Oh, of The Jacob Fuchsberg Law Firm, successfully argued a motion requesting an expedited discovery schedule for a case with a client who is terminally ill. We previously videotaped the client’s deposition in order to preserve her testimony, but we want our client to have the opportunity to be present at her own trial if it comes to that. In this particular case, our client is a woman in her 50’s who contracted a rare disease that was not diagnosed for over 6 years. Although the disease is incurable, had the doctor diagnosed our client and started treatment sooner, the disease would not have progressed as rapidly and she may have gone into remission as she would likely have been more responsive to available treatment. Plaintiff’s pulmonology physician expert affirmed under penalty of perjury that our client “is terminally ill and that her medical condition is not curable and will continue to deteriorate” and her medical condition is “imminently life-threatening to which she may succumb and die from this disease at any moment in the very near future.”

We sincerely hope that this case can be resolved as efficiently as possible for the sake of our client who is currently waiting for a lung transplant and whose health is deteriorating rapidly.

The 6th Amendment of the Constitution gives defendants in criminal cases the right to a speedy trial. While the parties in civil cases are not given this same right, it is a reasonable expectation that the time of trial will not be too far out. “Justice delayed is justice denied,” is a legal maxim extending back to sages of biblical times, to British statesman William Gladstone, to our American forefather William Penn, and more recently, Martin Luther King, Jr. What is considered a “speedy” trial for a healthy person is dramatically different for someone who is terminally ill. CPLR §3407 gives terminally ill plaintiffs the right to a civil trial that is “speedy” according to their life expectancy, not the often-prolonged schedule of the justice system. While many states, including New York, have rules allowing the Courts to take into account the age and health of a plaintiff in a civil case, New York’s rule for the terminally ill whose illness is a result of the alleged culpable conduct is very specific and thereby less discretionary.

The principles of a democratic and open society, where it is ingrained that “justice delayed is justice denied,” require no less.