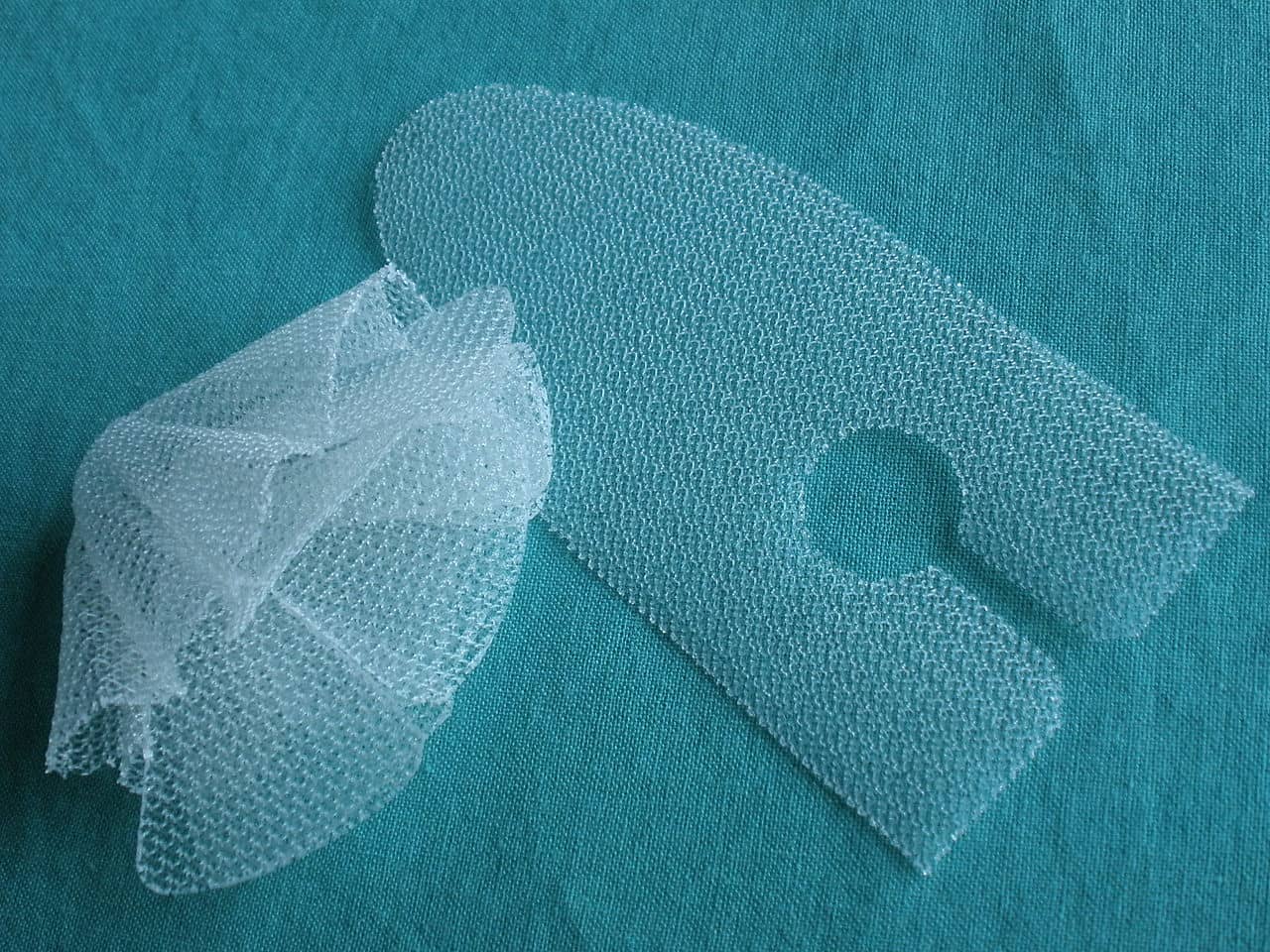 Individuals who have suffered serious injuries because of hernia mesh products may be entitled to legal compensation from the companies who designed, manufactured, marketed, and sold these defective devices.

What is a hernia repair?

Hernia repair is the most common type of abdominal wall surgery performed. It is estimated that doctors perform over one million hernia procedures per year. A hernia occurs when internal organs push through the abdominal wall, causing discomfort or pain in the area. Hernias can aﬀect men or women. Risk factors include obesity, genetic conditions, pregnancy, trauma to the bowel area or constant heavy lifting.

In the case of severe hernias, surgery is necessary to repair the abdominal wall. Doctors can utilize an open repair method with hernia mesh or laparoscopic surgery, which is a more sophisticated procedure.

The open repair method is done by using a mesh patch to close the abdominal hole. The purpose of the mesh is to allow the abdominal wall time to form scar tissue, thereby healing and reinforcing the weakened abdominal tissue. The patch must remain in place until tissue integration is complete, which can take several weeks.

Open repair surgery is the most common type of hernia mesh repair because it is considered an easier surgery that any general surgeon can perform.

Pharmaceutical device companies have seized on the fact that the open repair can be performed by any general surgeon in order to widely market their hernia mesh devices. There are 70-80 types of commercially available hernia meshes on the market.

In general, hernia mesh implants are correlated to a whole host of problems. Many of the hernia mesh devices on the market are made from a material called polypropylene which is not meant to be directly exposed to internal tissue, nor used as a permanent implant in the human body. The most common problems arise because the material is known to contract, shrink and harden over time, as well as become embedded in tissue, migrate, and even perforate organs.

In an attempt to circumvent the known risk of polypropylene being harmful to tissue, medical device manufacturers used various coatings on some of their products which were supposed to provide a protective barrier for the tissue, allow time for the abdominal wall to heal around the mesh, and dissolve thereafter.

Unfortunately, it was discovered that some of these meshes were defective because the “protective” coatings dissolved well before the peritoneal tissue had time to heal, thereby exposing the patient’s internal organs directly to polypropylene. Some other designs were defective in that they would bend and fold under pressure; and in doing so, the polypropylene would once again have direct contact with the organ tissue. When this happens, dense gum-like adhesions between the bowel and the polypropylene can form, causing chronic pain, in addition to ﬁstulas and organ loss.

When a mesh fails, the patient will typically require a subsequent surgery to remove the defective mesh (referred to as a revision surgery) and repair the hernia. Sometimes, due to the previously mentioned eroding, embedding and migration, it is not possible to remove the mesh in its entirety, which leaves patients with life-long injuries.

It is evident that some hernia mesh manufacturers knew their devices would not work as intended, but hid that information from the public. Some of them continued to manufacture the product while others silently recalled their devices without notifying consumers that they had a defective device sitting in their abdominal wall. It is also important to note that the medical device manufacturers hid this information from doctors and surgeons who performed the implant procedures and whom they relied on to purchase their products.

Do I have a hernia mesh claim?

You may have a claim if you have had a hernia mesh device implanted and suﬀered one or more of the following injuries which resulted in a revision surgery:

Hernia mesh devices most commonly associated with problems causing injuries to users are the following manufacturers and models:

What should I do if I think I have a claim?