Medical Errors Account for More Than 250,000 Deaths Every Year 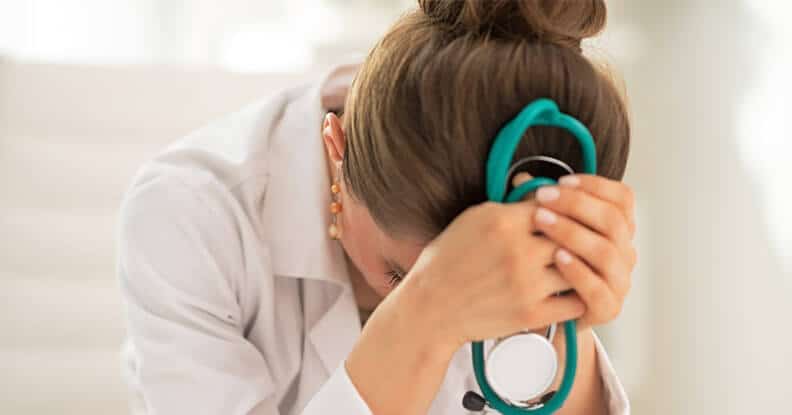 The top two leading causes of death in the United States are heart disease and cancer, but what comes in third place may surprise most people. In a recent study published in BMJ medical journals, the third leading cause of death is not a disease or sickness. It is medical errors made by doctors and medical professionals. In fact, medical errors account for more than a quarter-million deaths in the United States every year.

Medical errors are identified as "any health care intervention that causes preventable death." These medical mistakes manifest themselves in the form of:

A Hospital Stay Filled with Medical Errors and Lack of Care

A prime example of a case resulting in death to medical error happened to Paula Schulte, 64, who suffered from an unexpected bout of seizures in August of 2012. Doctors said that a short hospital stays while receiving medication was a necessary step to remedy things and improve her health.Ms. Schulte had fallen from her bed, breaking her hip and wrist. She went days before the injuries were diagnosed. Then she required another surgery after her hip replacement became infected. Afterward, a displaced IV pumped a drug into her arm made it balloon to three times its size.After all of this trauma she experienced, Ms. Schulte died due to a rare syndrome that attacked her internal organs and blistered her eyelids, triggered by medication she was receiving at the time. Her treatment and lack of care during her hospital stay contributed to her decline in health and ultimately, her death. What was perhaps even more frightening was how unaware of the missteps those involved with her treatment were.

Configuring the results is even more difficult when medical errors don't show up as a cause of death on a person's death certificate. While the annual list of most common deaths in American, created by the Centers for Disease Control and Prevention (CDC), has provided public awareness and prioritized research each year, it carries a major limitation.Death certificates rely on an International Classification of Disease (ICD) code to assign the cause of death for every individual, but the system is faulty because it doesn't take into account human and system factors. The study says the coding system used by the CDC to record death certificate data doesn't capture things like communication breakdowns, poor judgment, or diagnostic errors that cost people their lives.Dr. Martin Makary, a surgeon at Johns Hopkins Medicine, calls for changes in death certificates to better arrange the data in fatal lapses in care. In a letter, he and a few other authors on the project press the CDC to add medical errors to the annual list that records the top causes of death.Bob Anderson, chief of the mortality statistics branch at the CDC, argues that the coding isn't the problem, as complications from medical care are in fact listed on death certificates. But these listed complications are only "underlying causes of death," what leads an individual to seek treatment in the first place and not the actual cause of death.Dr. Makary states, "Right now, cancer and heart disease get a ton of attention, but since medical errors don't appear on the list, the problem doesn't get the funding and attention it deserves." In the future, he hopes that protocols and safety nets will be put in place to address and possibly overcome the "human factor" that has already taken so many lives.

If You've Been Injured by a Medical Error

If you have suffered on account of a medical error, contact us to schedule a consultation with one of our experienced New York medical malpractice attorneys to evaluate your case.Data Sources:"https://www.propublica.org/article/patient-safety-medical-error-hospital-no-answers""http://www.bmj.com/content/353/bmj.i2139""http://hub.jhu.edu/2016/05/03/medical-errors-third-leading-cause-of-death/""http://www.npr.org/sections/health-shots/2016/05/03/476636183/death-certificates-undercount-toll-of-medical-errors""http://well.blogs.nytimes.com/2016/05/03/medical-errors-may-cause-over-250000-deaths-a-year/?ref=health&_r=1"