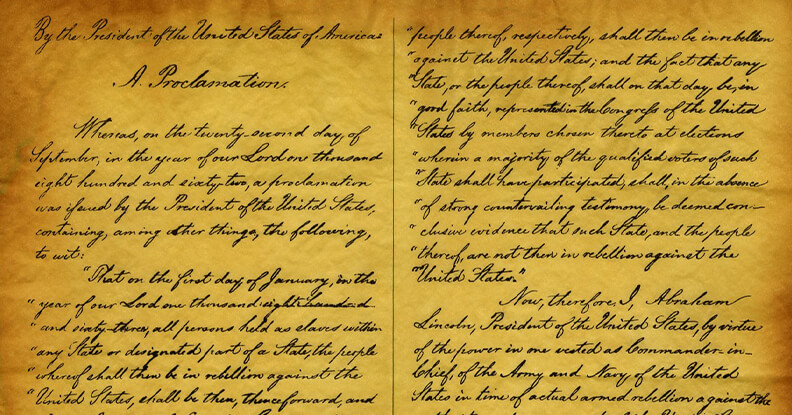 The March on Washington in August 1963, was a time of significant civil rights protests when a quarter of a million people gathered in front of the Lincoln Memorial in Washington, D.C. to draw attention to the continued inequality and racism in America nearly one hundred years after emancipation from slavery at the end of the Civil War.

Standing before the crowd, Martin Luther King, Jr. gave his memorable “I Have A Dream” speech, where he famously said: “I have a dream that one day this nation will rise up and live out the true meaning of its creed: We hold these truths to be self-evident, that all men are created equal."

The American public and our government were so affected by the work of activists that soon the Civil Rights Act of 1964 was passed. MLK called it the “second emancipation” - this law helped ensure that constitutional rights for African Americans, and indeed all minorities, could be enforced. Although these rights were first guaranteed in the U.S. Constitution immediately after the Civil War, they were largely ignored. It was only after years of highly publicized civil rights demonstrations, marches, and activism that American political leaders acted to enforce these rights. This great law has been expanded to include national origin, religion, the disabled, the elderly, gender, and most recently, sexual orientation, thanks to a recent United States Supreme Court decision.

So, the United States has great laws, but do we stand by them in our everyday actions? Over time this Country has continued to take for granted this important American principle upon which this country was founded: that all men, and women as well, are “created equal”.

For every action, there is a reaction. You may remember when the civil rights protests in Charlottesville in 2017 for the removal of a confederate statue, turned violent when demonstrators were confronted by an alt-right white supremacist counter-protest. Our current president said there are “many sides,” but most of us Americans did not feel that is true. We can do better. With the unjustified murder of George Floyd in May of 2020, Americans once again took to the streets in protest. People of all races and color came together. It has made a tremendous impact on our understanding of racism and has prompted groundbreaking legislation on national, state, and local levels.

As court litigators, we are fortunate to stand up for the principle that “all men (and women) are created equal” with the goal of bringing justice for those who are unequally treated.

Now, Juneteenth is here. As more and more of us learn about this holiday and its significance, we hope to embrace it together and live up to the notion that we are all indeed “created equal.”