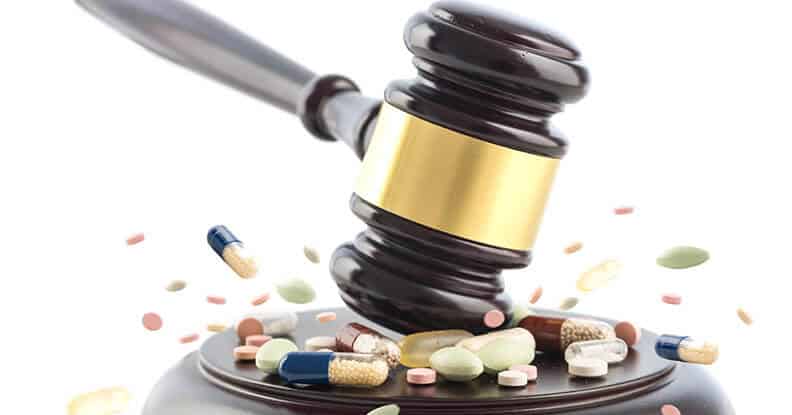 Getting illegal drugs is easier than one may think, especially when the dealer is a trusted doctor or physician. But doctors have been held responsible for deaths from their illegal drug distribution activities.

Deaths from Overdoses of Painkillers Prescribed by Doctors

In 2013, Dr. Judson Somerville, a pain specialist from Laredo, Texas, was being paid by Insys Therapeutics to promote a very powerful and addictive painkiller called Subsys. While he was promoting the drug, he was unknowingly under investigation by the Texas Medical Board. When the board found out he was authorizing employees to hand out pre-signed prescriptions to patients, he was ordered to stop prescribing painkillers. It was during this time that the board also learned that three of his patients died in 2012 due to drug overdoses, most likely from the drugs he had given them.This wasn't the first instance where doctors took advantage of their powerful positions and influence. Several of the twenty highly paid doctors under the wing of Insys Therapeutics and top prescribers of Subsys faced legal or disciplinary trouble for their actions. In more chilling cases, doctors confronted even greater consequences for their negligence.Doctors Can Be Convicted of Crimes for Illegal Drug DistributionIn 2014, a 61-year-old pain doctor from Queens, Dr. Stan Li, was convicted of manslaughter after two of his patients died. This case was believed to be New York's first manslaughter case against a doctor in an overdose death.On the weekends, Dr. Li ran a "pain clinic" to distribute prescriptions for opiates and tranquilizers for a hefty price - paid only in cash. Even with the clinic only open one day each week, Dr. Li saw as many as 90 patients each day and made over $450,000 a year, on top of his already six-figure salary he made as an anesthesiologist at a nearby hospital.In July of 2014, he was convicted of "more than 195 counts, including two of manslaughter, six of reckless endangerment, and multiple charges of selling prescriptions." In a statement, Dr. Li said, "I never intended to harm any of the patients." He insisted he was trying to wean addicts off of the highly addictive drugs, not enabling them.But Dr. Li's actions and greed hinted on the contrary. Evidence at the trial showed that he ignored pleas from his patients' family members, and even other doctors, who begged him to stop prescribing these harmful drugs. Not only did he ignore these pleas, but he also ignored signs that his patients were abusing drugs.One of his victims was 21-year-old Nicholas Rappold. According to his mother, Margaret Rappold, he took too many of the painkillers and anti-depressants that Dr. Li prescribed to him and died in his car from an overdose. Margaret later said, "I cannot understand how someone who took an oath to protect people can kill another human being."Dr. Li also sold prescriptions to David S. Laffer, a man who shot and killed four people while stealing narcotics at a pharmacy in Medford, N. Y. on Long Island. Dr. Li's disregard and exploitation of his patients landed him a maximum of 20 years in prison. Laffer is serving a life sentence without parole.

Dr. Li's case reflects the widening reach of criminal prosecutions of doctors accused of encouraging prescription drug abuse. It is due to instances such as these that the DEA is keeping a closer eye on the way doctors now prescribe painkillers to their patients. With such highly addictive drugs, it warrants greater attention and exploration in order to take preventative measures in the future.If you think you or a loved one may have been prescribed drugs illegally by a doctor, talk with our New York medical malpractice attorneys. Contact us to set up a consultation.Sources:"http://www.nytimes.com/2014/11/28/business/drug-maker-gave-large-payments-to-doctors-with-troubled-track-records.html""http://www.nbcnewyork.com/news/local/New-York-City-Doctor-Sentenced-Prison-Prescription-Painkiller-Pills-Addicts-Deaths-Overdoses-286392061.html""http://www.nytimes.com/2014/12/20/nyregion/doctor-who-ran-queens-pain-clinic-is-sentenced-to-up-to-20-years-for-manslaughter.html?_r=0"