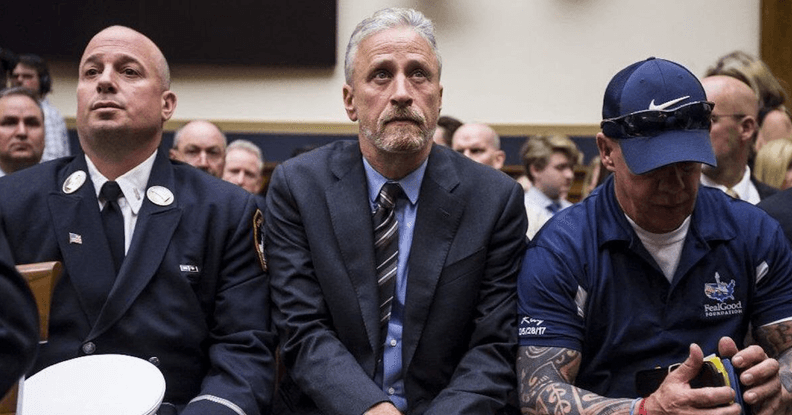 On Tuesday, June 11, 2019, the U.S. House of Representatives Committee on The Judiciary Constitution, Civil Rights, and Civil Liberties held an emotional hearing regarding legislation for the Reauthorization of the September 11 Victims Compensation Fund (VCF).

Most of the representatives who attended were in full support of H.R.1327 - Never Forget the Heroes: Permanent Authorization of the September 11th Victim Compensation Fund Act, wanting it to pass ASAP. The legislation that would fund the trust through 2090 has no-partisan support with more than 300 co-sponsors in the House of Representatives. It is expected to pass in the House quickly, says the Wall Street Journal. It will then move on to the Senate for their review and hopefully approval.

"We know how much this means to the affected families, having represented so many WTC victims. At first, there were many clients with breathing problems due to lung injuries and heartburn and acid reflux. Now, sadly, latent long term injuries such as cancers or ever death due to injuries occurred. It is devastating.

We are pleased that there is hope that the VCF Fund will continue to compensate victims of exposure within the World Trade Center Exposure Zone (Lower Manhattan Area - South of Canal Street). We have successfully represented many such persons, and we want to be able to continue to do so. Victims deserve compensation!"

Congresswoman Carolyn Maloney and Congressman Peter King introduced the Bill to the Judiciary Committee. Representative Maloney said that the proposed legislation will require the Special Master to revisit any reduced awards and pay them out in full. Also, the Bill would extend funding to 2090.

Tears And Anger At Congressional Hearing

There were several other speakers including the Special Master, Dr. Moline from the World Trade Center Health Program, 4 Civilians (a student from downtown Stuyvesant High School, a Widow of a construction worker who worked on the pile and died last month from the effects of his exposure, a sick FDNY responder, a sick NYPD responder, and Jon Stewart.

Jon Stewart's testimony was extremely compelling. With sick Responders seated behind him, he said Congress "should be ashamed" over inaction on helping 9/11 Responders.

“As I sit here today, I can’t help but think what an incredible metaphor this room is for the entire process that getting health care and benefits for 9/11 first responders has come to,” Stewart said. “Behind me, a filled room of 9/11 first responders, and in front of me, a nearly empty Congress. Sick and dying, they brought themselves down here to speak to no one.”

Special Master Rupa Bhattacharyya testified that in the first 5 years of the 9/11 Victims Compensation Fund they had 19,000 claims and have received an additional 28,000 claims in the last 3 years, many due to latent diseases such as cancers caused by exposure to toxins at the site. They have projected that if the fund closes in December 2020, there is still needed 5 billion dollars more to pay out everyone in full. They have not made projections if the fund deadline is extended beyond that time.

The Congressional Budget Committee is scoring the Bill, in other words, estimating the overall government budget expense.

The Jacob Fuchsberg Law Firm has so far represented approximately 500 victims and families in submitting and appealing claims before the September 11 Victims Compensation Fund. We have an excellent experienced team headed by attorneys Shannon Montgomery and Neal Bhushan.

We assess cases, coordinate our clients with the World Trade Center Health Program, prepare and submit applications including proof of presence, health, and economic information, and continue our representation until a successful conclusion. Some 400 of these cases are successfully resolved thus far. Contact or call us for a free consultation at 212 869 3500.