What You Need to Know About the Zantac Recall 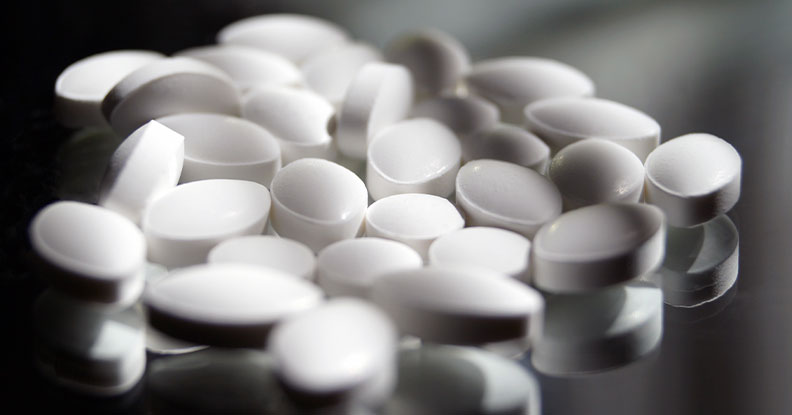 On April 1, 2020, the FDA requested that pharmaceutical manufacturers immediately withdraw all prescription and over-the-counter (OTC) ranitidine drugs (brand name Zantac) from the market. [1]

The move came in response to growing concerns that the drug contained unacceptable levels of the contaminant N-Nitrosodimethylamine (“NDMA”), which is believed to be a probable human carcinogen, or in other words, a substance linked to cancer.

Ranitidine is commonly known by the brand name Zantac, and it is a drug widely used to treat heartburn and acid reflux in both children and adults.  In their April 1, 2020 press release, the FDA stated they were prompted to issue a recall of the drug after confirming that,

“NDMA levels increase in ranitidine even under normal storage conditions, and NDMA has been found to increase significantly in samples stored at higher temperatures, including temperatures the product may be exposed to during distribution and handling by consumers.”

Consequently, such conditions may raise the level of NDMA in Zantac “above the acceptable daily intake limit.” [2]

Due to the heightened risk of exposure to carcinogens, the FDA urges consumers to immediately talk to their health care providers about switching to alternative heartburn medications that do not contain ranitidine and to safely dispose of the medication.

The Zantac recall began under unusual circumstances.  In March 2019, the founder of a small, online pharmaceutical retailer, Valisure, had his team of researchers investigate ranitidine, the active ingredient in Zantac after his infant daughter was prescribed the medication for her acid reflux.  The researchers tested the drug by exposing it to substances that mimicked acids in the stomach and warming it to body temperature.  They found excessively high levels of NDMA in the samples they tested and alerted the FDA to their findings in June 2019, calling upon the agency to recall the drug from the market. [1]

NDMA is a byproduct of chemical reactions.  Small amounts of NDMA are present in things we consume daily, such as alcohol, cereal, fish, meat, fruits, and vegetables.  The FDA approves of small levels of NDMA in medications (around 96 ng per day is said to be acceptable). Yet, researchers have found that some products with ranitidine may contain NDMA doses of up to 860 ng per tablet, obviously far exceeding acceptable daily levels. [2]  Considering that, on average, users such as senior citizens or those suffering from chronic GERD, such as 9/11 first responders, may take the pills up to four times per day, there is a substantial risk of overexposure to unhealthy levels of NDMA. Since NDMA is found in food, beverages, and other medications, some Zantac users could potentially be consuming many times over the acceptable level of NDMA daily. [3]

Where Does NDMA Come From?

NDMA is not an intended ingredient in Zantac, so where does it come from?

One explanation for the presence of NDMA in Zantac is that the medication is contaminated with NDMA during the manufacturing process.  In recent years, to cut down on costs and to benefit from less stringent environmental regulations, major pharmaceutical manufacturers have outsourced production of drugs like Zantac to foreign countries, such as India and China. Due to these countries having less quality control, products like Zantac may be contaminated with residual NDMA during the manufacturing process as a result of being produced using chemical solvents or equipment that is also used to produce products containing NDMA.

A second explanation for the presence of NDMA in the body after the use of Zantac is that the chemical compound of the drug itself is unstable and releases NDMA when it is exposed to other conditions and chemicals inside the body.  For example, scientists found that the chemical compound of Zantac seemed to break down and release NDMA when it was exposed to nitrites in the stomach. Nitrites occur naturally in the stomach but are also introduced into the stomach through foods, especially high-fat foods. Since many people take heartburn medication following their consumption of fatty foods, it is alarming that by ingesting Zantac for its intended purpose, patients are unknowingly increasing their exposure to a potential carcinogen. Multiple studies conducted over the past 17 years have detailed how chemical reactions break down ranitidine molecules to form NDMA, especially in the presence of nitrites.

NDMA has been linked to an increased risk of the following cancers:

The health dangers of NDMA have been known in the scientific community for quite some time. Researchers in the early 1980s linked NDMA to the development of tumors in the lungs, kidneys, gastrointestinal tracts, and livers of mice. Most recently, a 2016 study found elevated levels of NDMA - 400 times the normal amount - in the urine of individuals who ingested Zantac. The NDMA levels in the urine were found to be much higher than those found in the stomach. Such findings suggest that NDMA levels continue to rise as the body breaks down the drug and it moves through the organs. Consequently, NDMA is suspected to cause both localized and systemic carcinogenic effects on the body.

Numerous patients have also attributed their use of Zantac products to the development of certain cancers as can be seen in the chart below taken from the FDA’s Adverse Event Reporting website (FAERS). Gastric and bladder cancers are among the top injuries attributed to Zantac use.

It is very likely that the producers of Zantac failed to take adequate measures to test their products and ensure they were uncontaminated, chemically stable, and free from carcinogens as well as to warn the public of the potential for exposure to cancer-causing agents. If you or someone you know has a history of taking Zantac products or generic ranitidine and developed one of the cancers listed above, you may have the right to compensation. Please contact the Jacob Fuchsberg Law Firm at 212-869-3500 to set up a free consultation.