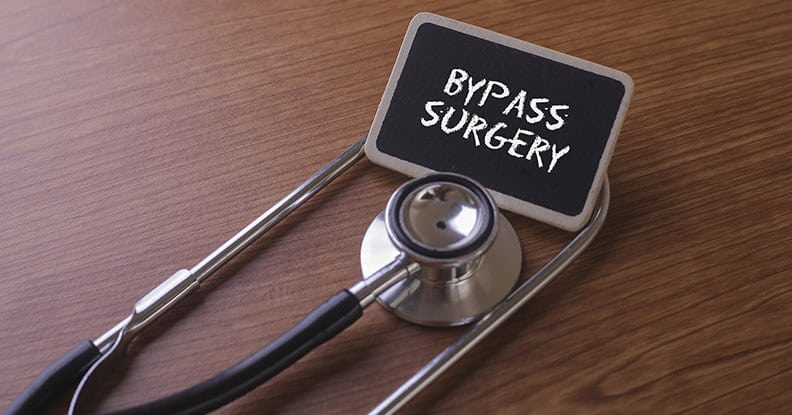 Obesity in the United States is a problem, with more than one-third of American adults falling into the category. Opting for gastric bypass surgery is a popular choice for addressing the condition. Are these surgeries actually as effective and risk-free as they're made out to be?

There are a number of different types of "bariatric surgery" used to achieve weight loss. They include:

According to ABC News, 220,000 people with morbid obesity in the United States had bariatric surgery in 2009. On average these surgeries cost $11,500 to $26,000. While this weight-loss surgery has helped many obese people overcome life-threatening weight-related diseases and improve their quality of life, the same cannot be said for everyone.

Gastric Bypass Surgery Does Not Always Go As Planned

Dave Weindel had been morbidly obese for the majority of his life when he decided it was time to do something about it. He wanted the gastric bypass surgery to lose weight, get healthy, and be there to watch his four children grow up. Mr. Weindel's surgery was on July 17, 1998. The surgeon re-routed his intestines and shrunk his stomach down to the size of an egg. The surgeon told his wife that the surgery went well, but within a few days, his health declined.Mr. Weindel was transferred to a second hospital where a CT scan revealed a large abscess, for which he was treated immediately. Soon, however, his health continued to decline. He died only three weeks after his initial surgery from the abscess, pneumonia, and pulmonary embolism. He was only 38-years old.

One Out of Every 50 People Dies, Often Because of Doctor Errors

Unfortunately, cases like Dave Weindel's aren't an anomaly. Researchers at the University of Washington recently conducted a study and found that "1 in 50 people die within one month of having gastric bypass surgery." This number increases even more if the performing surgeon is inexperienced.Mrs. Weindel sued the surgeon and hospital responsible for her husband's death. The case was settled only a few days into the trial. It was the first case of many gastric bypass malpractice cases that her attorney, Herman Praszkier, would handle.His most recent case involved the death of Ron Malone, who had the same popular weight-loss surgery. His wife said that the surgeons told her there was no risk involved in her husband's surgery. But Mr. Malone began feeling ill only days after. Apparently, there was a leak and the doctors had no choice but to go back in and fix it. His condition didn't improve, and during his third surgery, he died from cardiac arrest.

Death and Other Catastrophic Injuries Do Occur from the Surgery

Death, although the most severe and irreversible consequences of this surgery, is not the only post-surgery risk that obese people face. Other seriously dangerous side effects of this surgery include hypoglycemia (low blood sugar level), heart attack, stroke, severe high blood pressure, long-term vitamin deficiencies, depression, and thoughts of suicide.Dr. Elliot Fegelman, medical director for Ethicon, a Johnson & Johnson company that designs and manufactures medical devices, said he believes that "Better communication is needed between doctors and obese patients, in order to ensure patients are better informed about the risks associated with bariatric surgery and whether the surgery is right for them."Bariatric surgery isn't necessarily a one-time fix-all surgical "miracle." Many risks and complications are associated with the surgery. If there aren't very specific lifestyle changes that follow this procedure, people have an increased chance of gaining all of the weight back or of even worse complications.

Medical mistakes in bariatric surgery, including gastric bypasses, can constitute medical malpractice. If you think you may have experienced a medical issue because of a surgeon's error, schedule a consultation with our New York medical malpractice attorneys.Data Sources:"http://www.nytimes.com/2005/05/27/business/other-perils-of-overweight.html""http://www.cbsnews.com/news/gastric-bypass-surgery-gone-bad/""http://articles.mercola.com/sites/articles/archive/2005/11/03/dangerous-side-effects-of-gastric-bypass-surgeries.aspx""http://www.medicalnewstoday.com/articles/269487.php""http://health.usnews.com/health-news/patient-advice/articles/2016-05-31/stop-touting-weight-loss-surgery-as-a-miracle-cure""http://abcnews.go.com/Health/100-million-dieters-20-billion-weight-loss-industry/story?id=16297197"